Charles Oliveira Claims Alexander Volkanovski Could Land Win Over Islam Makhachev At UFC 284: ‘He May Surprise Him’
published on December 22, 2022
curated and posted by BRWLRZ Team 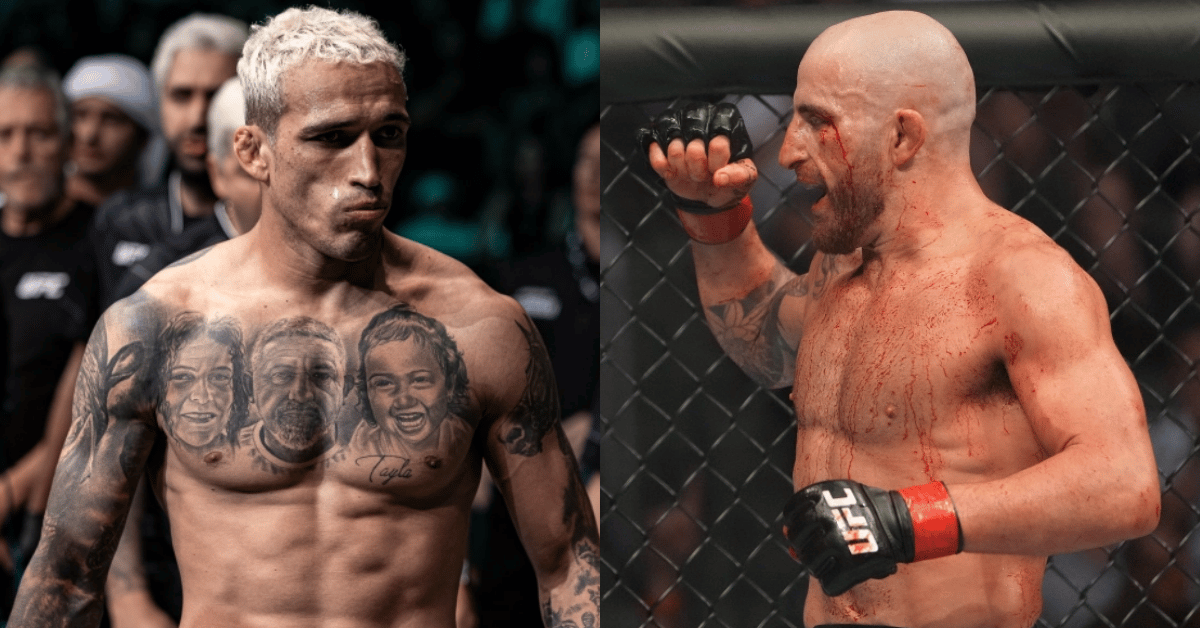 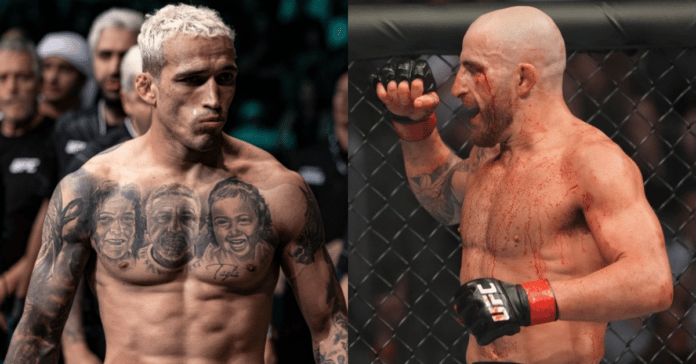 Having most recently shared the Octagon with Islam Makhachev at UFC 280 back in October, former undisputed lightweight champion, Charles Oliveira has claimed that incoming title challenger, featherweight kingpin, Alexander Volkanovski may have the means to land a shocking win in February.

Headlining UFC 280 against Makhachev on ‘Fight Island’ back in October of this year, Sao Paulo native, Oliveira saw his stunning 12-fight winning spree halted by the Sambo specialist, giving up a second round arm-triangle submission loss in their vacant title fight.

As for Makhachev, the American Kickboxing Academy staple was immediately booked to headline UFC 284 on February 12. next in the promotion’s return to Perth, Australia.

Travelling ‘Down Under’, the newly-minted lightweight kingpin will attempt to secure his first defense of the lightweight title as he draws his featherweight champion counterpart, Volkanovski.

Having shared the Octagon with the Russian destroyer this year, Charles Oliveira weighed up Volkanovski’s chances of turning in what would come as a largely upset win, despite his number one pound-for-pound billing – claiming the New South Wales native may be able to muster a surprising win.

“If Islam (Makhachev) is able to close the distance and take him down, there is nothing much left to do,” Charles Oliveira said of the UFC 284 title fight during an interview with Super Lutas. “But (Alexander) Volkanovski has great takedown defense and strong hands. If he is able to move and control the distance, he may surprise Islam. It will be a question of who will implement his game plan better.” (Transcribed by MMA News)

Linked with a potential quickfire return on home soil at UFC 283 in January, Oliveira, who was tied to an eventual bogus fight with surging kickboxing challenger, Rafael Fiziev, admitted that he would be taking time away from the Octagon following an active schedule.

Clinching the vacant lightweight title back in May of last year, Oliveira landed a second round kncokout win over Michael Chadler, before defending his title in a submission win over Dustin Poirier, and then submitting Justin Gaethje back in May of this year in a non-title fight.