Charles Oliveira Believes He May Be ‘Too Quiet’ For The UFC’s Liking
published on November 23, 2021
curated and posted by BRWLRZ Team

Charles Oliveira is a quiet person by nature, but is that hurting his likability?

To rise up the UFC rankings and eventually become champion is an amazing feat. These days some fighters rely less on their fighting skills and more on their trash talk to reach the top. In the era of Conor McGregor and Nate Diaz, perhaps too much is put on a fighter’s ability to talk. One man who is not a motormouth but instead has let his fists do the talking is the lightweight champion, Charles Oliveira.

Oliveira took the long road to the UFC title. He came to the organization back in 2010 and has had 28 fights in the UFC before becoming champion. Oliveira believes that his quiet demeanor might put him at a disadvantage in the eyes of the UFC brass. He spoke recently to MMAFighting.com about this topic.

“Maybe that’s not so good for [the UFC] that I’m too quiet, but I compensate inside the Octagon,” he said. “I’m not one of these guys that keep talking and looking for attention. I show up inside the Octagon.”

Charles Oliveira does, in fact, show up inside the Octagon. He is now on a nine-fight winning streak and has beat some of the best the 155-pound division has to offer. He will have another tough test in front of him as he gets ready to take on Dustin Poirier at UFC 269 on Dec. 11. In the lead-up to this fight, Oliveira has become more outspoken than he has in the past.

Oliveira is not a trash talker but instead talks himself up. He and Poirier are two nice guys who punch people for a living. They are set to fight for the UFC belt so there is bound to be a little tension between the two, but in the end, they are both respectful of one another.

Do you think Charles Oliveira needs to talk more or do his skills speak for themselves? 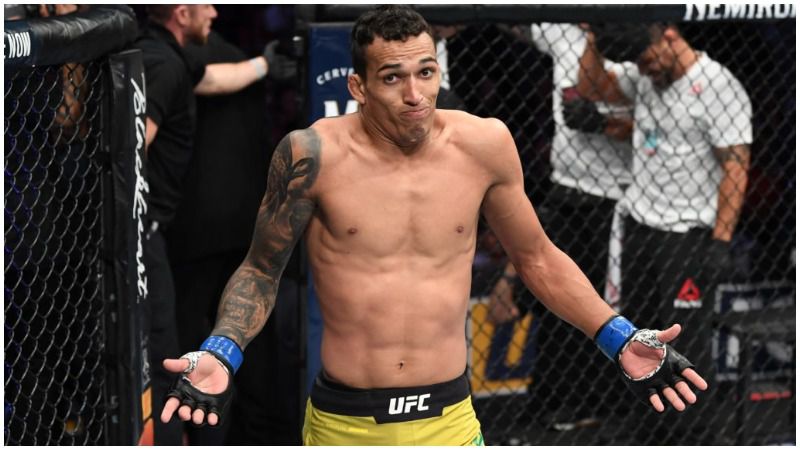