UFC lightweight champion Charles Oliveira has given the green light for his red-panty night.

Conor McGregor has let it be known that when he makes his return to the Octagon, he expects to be greeted with a world title shot. Being that McGregor is currently ranked down at #9 and has not won a fight since January 2020, not everyone is taking his expectation seriously. However, one of the only people whose opinion matters, Charles Oliveira himself, is very much on board with the idea.

“If I had the chance [in the past] to fight for the belt or fight Conor, everybody knows I’d fight for the belt,” Oliveira told MMA Fighting through translation. “That already happened, I’m the champion now. The champion has a name and his name is Charles Oliveira, Charles ‘do Bronx.’ If I had the chance to fight Conor for money today, I would. The belt is mine and continues being mine. We’ll continue building our legacy and making history.”

With Oliveira being the undisputed UFC lightweight champion, he certainly has a say in what is next for him. UFC President Dana White has already confirmed that the current plan is for Oliveira to defend his title against Justin Gaethje next. But if the choice were Oliveira’s, the champion insists that he’s no dummy and would opt for the cash grab.

“If I had the opportunity to fight Conor, I would definitely fight Conor. The belt is mine regardless. The division has to get by and wait a little bit. There’s nothing else to do. We have to think about our families, our children, think about what we can do down the line.”

Oliveira would have little sympathy for his lightweight peers if McGregor jumped the line because they weren’t willing to give him an opportunity before he became champion. That being said, Oliveira doesn’t intend on lobbying for the McGregor fight and will continue to be a company man and fight whomever the promotion wants him to, including #1 contender Justin Gaethje.

What would be your reaction if Conor McGregor skipped the line to a title shot against Charles Oliveira? 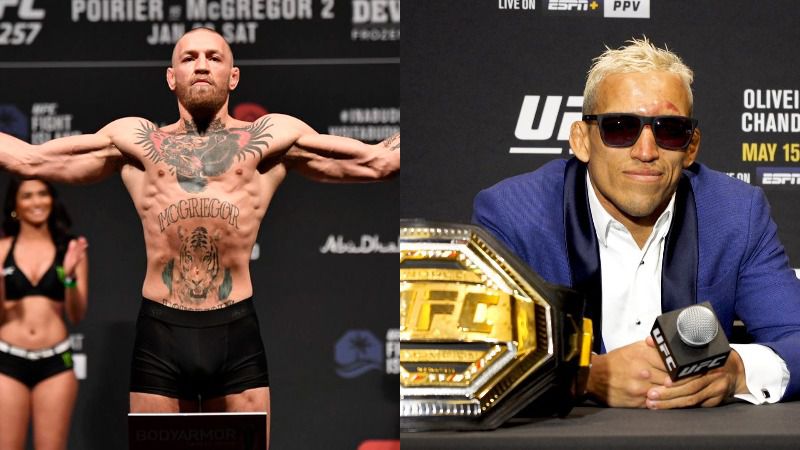