Chandler: I’ll Be “Swinging For The Fences” For Early KO Against Gaethje
published on November 6, 2021
curated and posted by BRWLRZ Team

UFC lightweight Michael Chandler certainly isn’t afraid to go toe-to-toe with Justin Gaethje on the feet. He says he’ll be “swinging for the fences” for a knockout finish at UFC 268.

Chandler, a former three-time 155-pound Bellator champion, has established himself as one of the UFC’s top lightweights after just two fights in the promotion, and even came close to having gold wrapped around his waist. After “Iron” signed with the Dana White-led organization last year, the anticipation for his arrival was high. His debut certainly didn’t disappoint.

In one of the most impressive and emphatic opening Octagon outings, Chandler finished the incredibly tough and durable Dan Hooker in the opening round of the UFC 257 co-main event. Not only did the victory mark his arrival onto MMA’s biggest stage, but it would later be enough to see him fight for the title.

In a contest for lightweight belt, which was vacated by the great Khabib Nurmagomedov, Chandler faced UFC veteran Charles Oliveira in the UFC 262 main event in May. Despite a destructive opening round from the 35-year-old, which almost saw him finish “Do Bronx,” the Brazilian mounted a memorable comeback to secure a second-round TKO.

Chandler Is On The Hunt For A Second Title Shot

After falling short of the lightweight mountaintop, Chandler will be looking to work his way back to title contention, something he’ll have the chance to do inside Madison Square Garden next weekend. In a blockbuster showdown, he’ll face fellow former title challenger Justin Gaethje, who hasn’t fought since his unification bout defeat to Khabib last October.

On a stacked pay-per-view card, Chandler’s third UFC outing is certainly one of the most anticipated matchups set for next Saturday. During an interview with ESPN MMA’s Brett Okamoto, Chandler did nothing to downplay the excitement for the contest. With both coming off championship defeats, “Iron” expects a fiery affair against who he described as the “scariest” and “craziest” opponent he’s ever been matched up with.

“(We’re) anticipating the toughest Justin Gaethje that we’ve ever seen. He’s coming off a loss, I’m coming off a loss; essentially shattering both of our dreams of becoming a UFC champion. I expect him to come out with a fire, I’m gonna come out with a fire, and it’s gonna be a good night at Madison Square Garden… when we’ve both stepped in that Octagon, win, lose, or draw, neither of us have ever been in a boring fight. It’s gonna be exciting, no matter what.”

Despite both boasting elite wrestling credentials, many are expecting, and perhaps hoping, that Chandler and Gaethje engage in a stand-up battle at UFC 268. Whilst the former Bellator champion is hoping to bring all aspects of his skillset into the fight, he assured fans that he’ll be giving his all for an early knockout on November 6.

“I’ve always tried to bring a multi-faceted approach to my fights. I want guys to be cognisant and somewhat timid of my power, because whenever they feel my power, they realize what’s coming at them. I wanna push the pace, I wanna touch him in the legs, in the body, in the head, shoot for takedowns, fake takedowns; do it all. That’s how I’ve trained my entire career because when you’ve got power like I possess, a lot of guys tend to evade… I’m just looking to be a complete martial artist on November 6. But I’m gonna be swinging for the fences looking for the knockout early and often.”

Who do you think will have their hand raised at UFC 268, Michael Chandler or Justin Gaethje? 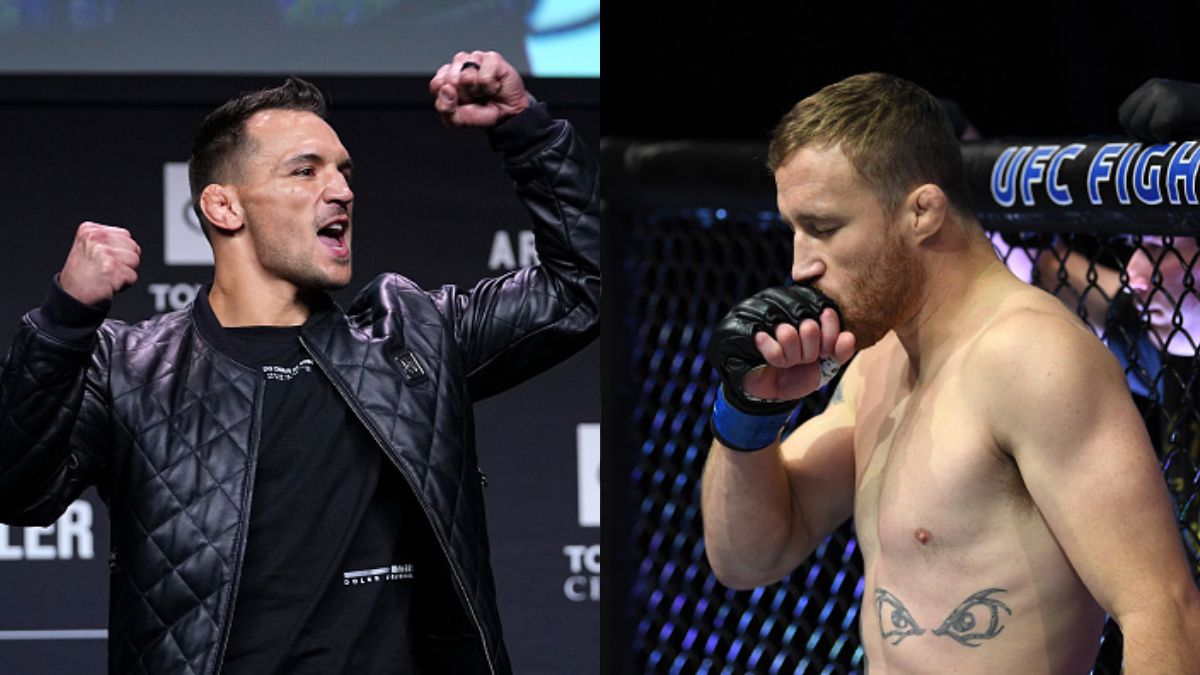