Chael Sonnen Urges Miocic Not To Be Happy On The Sidelines
published on October 13, 2021
curated and posted by BRWLRZ Team

Miocic hasn’t been in action since his UFC 260 main event in March. After a trilogy saga with Daniel Cormier occupied the heavyweight title picture for almost three years, Francis Ngannou emerged as the first post-“DC” challenger. “The Predator” previously attempted to dethrone Miocic during his first title reign. At UFC 220, the behemoth came up short after being controlled by the 39-year-old for the best part of five rounds.

The rematch was a very different affair. Ngannou made it clear early that his takedown defense was vastly improved. When it became clear Miocic had to stand and trade with the powerhouse, the chance of a new champ greatly increased. In the second-round, the Cameroonian brutally knocked the veteran out. In doing so, he joined Kamaru Usman and Israel Adesanya as the UFC’s trio of African titleholders.

Since Ngannou’s championship crowning, Miocic seems to have been largely forgotten in regards to the title scene. Attention immediately turned to a blockbuster showdown between the champ and former 205-pound king Jon Jones. After that fell through, Derrick Lewis cemented himself as the top contender. When Ngannou couldn’t make the Houston-held UFC 265 pay-per-view, the promotion’s desire to have “The Black Beast” headline saw them create an interim title. Opposite Lewis was France’s Ciryl Gane.

Throughout all of that, the name of the most recent former champion was missing. That’s despite the fact Miocic had to give Cormier a trilogy bout after taking the title from him at UFC 241. With his annoyance at the different attitude towards his own championship defeat, the 39-year-old even hinted towards a move to ONE Championship.

Nevertheless, Miocic didn’t appear too frustrated at the confusing position he sits in at the moment. In an August interview with MMA Fighting, the former two-time heavyweight champ suggested time on the sidelines and lack of a clear future path in the promotion is something he’s used to.

“It happens all the time. I mean, it’s pretty much my [entire career]. That’s fine with me. Maybe because I’m too nice. I don’t know. Maybe it’s because I don’t talk shit. I don’t know if I talk enough smack or I’m not a trash-talker, I don’t know. Who knows?”

Despite that, Chael Sonnen doesn’t believe Miocic should quietly watch on from the sidelines. During an episode of The Chael Sonnen Show, the 44-year-old suggested the Ohio native needs to remind everyone that he’s the real top contender in the division

“Stipe Miocic has the matter. Stipe is happy being quiet sitting in the corner. I disagree with that. I think Stipe needs to come out and remind people, ‘I have already beaten Francis.’ He needs to remind people, ‘I defended that belt more times than anybody.’ He needs to remind people, ‘I’m the true number one contender.’ Look, what’s gonna happen at heavyweight appears to be wide open. I think that Curtis Blaydes has been overlooked and maybe even has a run of bad luck. I think we have got some real… [Chris] Daukaus comes to mind. I think we have got some up and comers that don’t have the name recognition yet. I would not ignore Stipe. I think he is rightful.” (h/t Sportskeeda)

With Gane’s interim title crowning in August, Miocic’s path back to the title hasn’t become any clearer. “Bon Gamin” and Ngannou are set to collide in a unification bout at UFC 270 next January. That effectively confirms that the 39-year-old will have been away from the Octagon for a full year, unless he chooses to face a contender like Curtis Blaydes, Jairzinho Rozenstruik, or the winner of Chris Daukaus vs. Derrick Lewis.

There’s also another roadblock for him in the form of Jon Jones. Prior to his recent arrest, “Bones” revealed he was targeting his divisional debut for the second quarter of 2022. Should Ngannou keep the title next year, it’s likely he’ll defend against the light heavyweight legend next.

Given Jones’ comments on facing Gane, we could see a scenario where Miocic fights for the belt should the Frenchman defeat “The Predator” at UFC 270, while Ngannou and Jones clash without the gold on the line. Of course, this all depends on whether Jones’ UFC status will be affected by his latest troubling run in with the law.

Where do you think Stipe Miocic sits in the title picture? Should he face the winner of Ngannou vs. Gane? 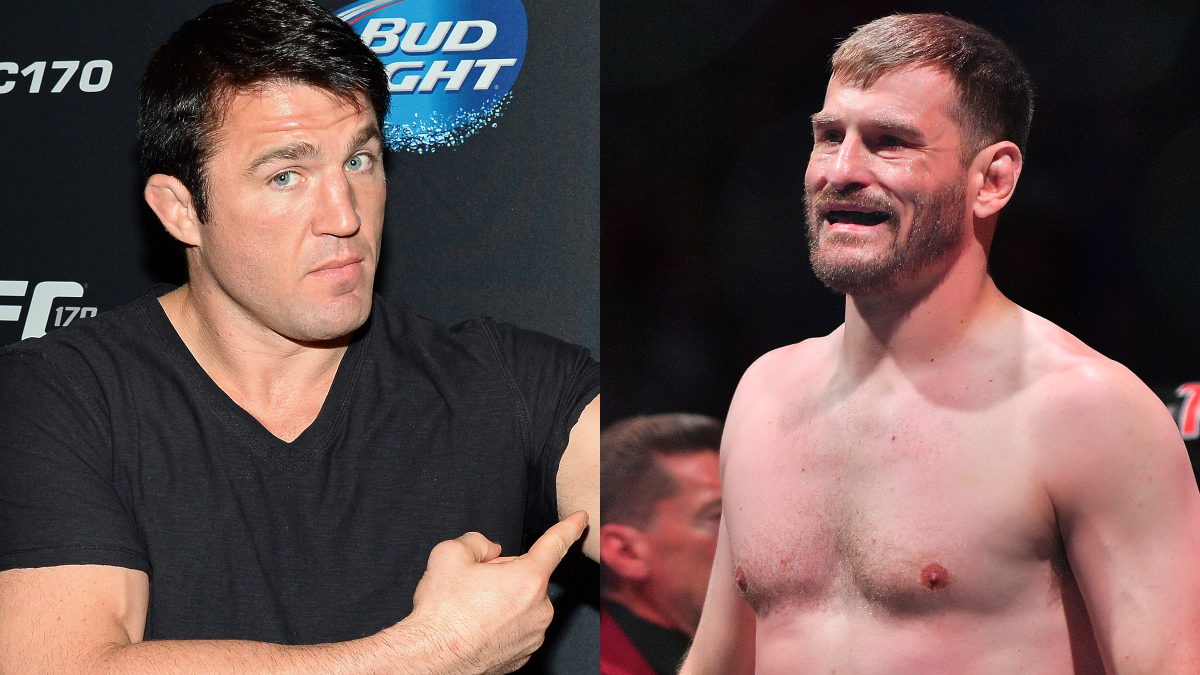