Chael Sonnen Suggests Nate Diaz’s Return To The UFC Is ‘leading The Charge Of What’s Possible’
published on December 27, 2022
curated and posted by BRWLRZ Team 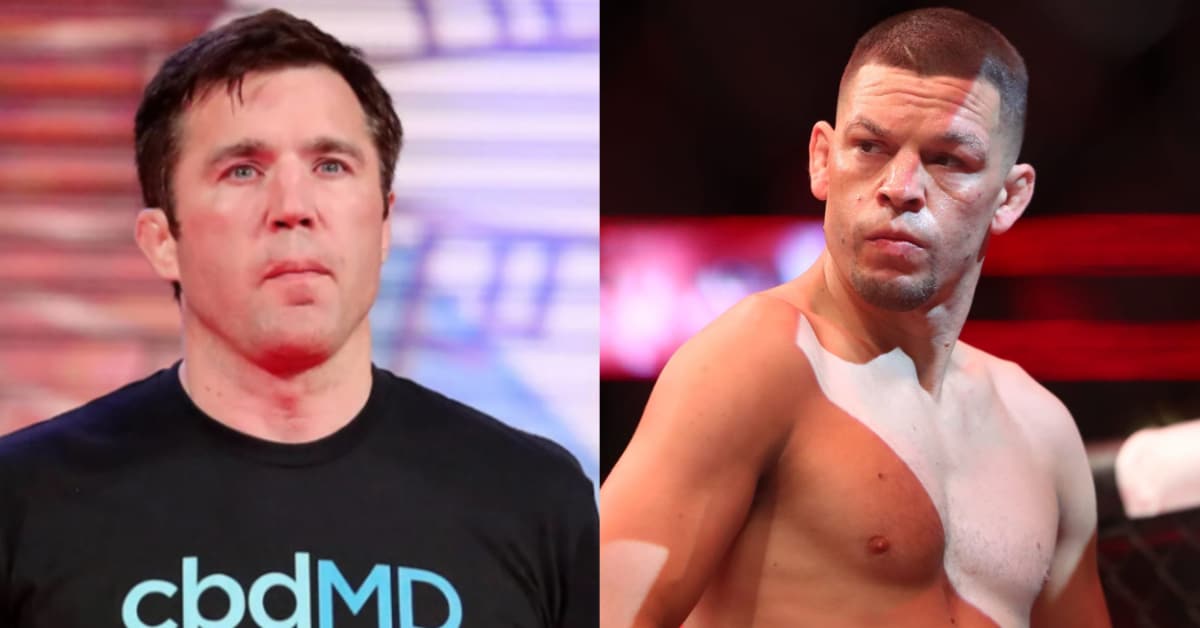 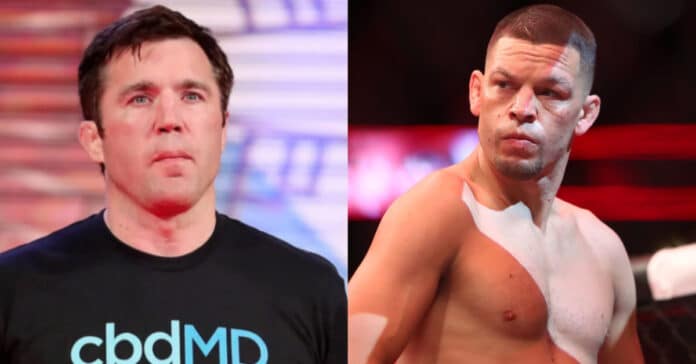 Chael Sonnen believes Nate Diaz’s next move could very well be a return to the UFC.

After 15 years with the promotion, the Stockton Samurai fought out the remainder of his contract, scoring a win over Tony Ferguson in the UFC 279 main event. Since then, everyone has been speculating about Diaz’s next move in the world of combat sports. Some believe he’ll make his squared circle debut against Jake Paul or Floyd ‘Money’ Mayweather. Some think he’ll start his own promotion, similar to former lightweight king Khabib Nurmagomedov. Chael Sonnen seems to believe it’ll be none of the above.

Appearing on ‘The MMA Hour‘ with Ariel Helwani, the ‘American Gangster’ shared his thoughts on Nate Diaz’s next move and suggested the man from 209 could wind up right back in Las Vegas when all is said and done.

“You want to know what Nate Diaz is going to do next? Unknown,” Sonnen said. “When I tell you unknown, what I’m trying to say is all options are on the table, but that option is also to return to the UFC and to fight Conor McGregor. That’s not just gone now, and it has to be Jake Paul or Floyd Mayweather and he’s got to go start his own promotion.

“Those things are all possibilities, but a return is also on the table; in fact, I think it’s leading the charge of what’s possible for Nate Diaz.”

If Nate Diaz does re-sign with the UFC, the likeliest scenario would be to cash in on a long-awaited trilogy bout with Irish superstar Conor McGregor. The two first met at UFC 196 in 2016 with Diaz handing McGregor his first loss inside the Octagon via a second-round rear-naked choke. McGregor evened the score with a majority decision victory over Diaz five months later at UFC 202.

“He would not just be coming back,” Sonnen said. “There would be a brand new and fresh conversation to be had and I think he wants to have that conversation. Yeah, I think it’s leading the way. I don’t think he’s going off to box Floyd and I don’t know how much legs there are to Jake Paul, I realize that there’s something there to pull.”

Like gamblers standing at a Las Vegas roulette wheel, MMA fans have been eagerly placing their chips on what they believe will come next for Nate Diaz. Chael Sonnen on the other hand is just here to enjoy the journey before it reaches its inevitable destination.

“Following Nate Diaz is a very complicated thing,” Sonnen said. “By the way, I think he would tell me. I think if I called him and said, ‘Hey Nate, by the way, curiosity’s got me, what are you going to do?’ I’ve never done that and if you want to know why, it’s not because I couldn’t keep a secret and I’d be worried that he gave it to me. I don’t know that I want to know. I enjoy this. I really enjoy the maneuvering of Nate.

UFC fans first became acquainted with Nate Diaz on the fifth season of The Ultimate Fighter in 2007. Earning wins over Rob Emerson, Corey Hill, and Gray Maynard, Diaz earned a spot in the tournament final where he scored a second-round TKO against Manvel Gamburyan. Diaz would amass a record of 16-11 under the UFC banner before walking away from the promotion in 2022.

During his 15-year run with the promotion, Diaz earned victories over some of the biggest names in the game including Donald Cerrone, Jim Miller, Takanori Gomi, Conor McGregor, Anthony Pettis, and Tony Ferguson.