Chael Sonnen Refuses To Label A Potential Alex Volkanovski Win Over Islam Makhachev As An Upset
published on December 29, 2022
curated and posted by BRWLRZ Team 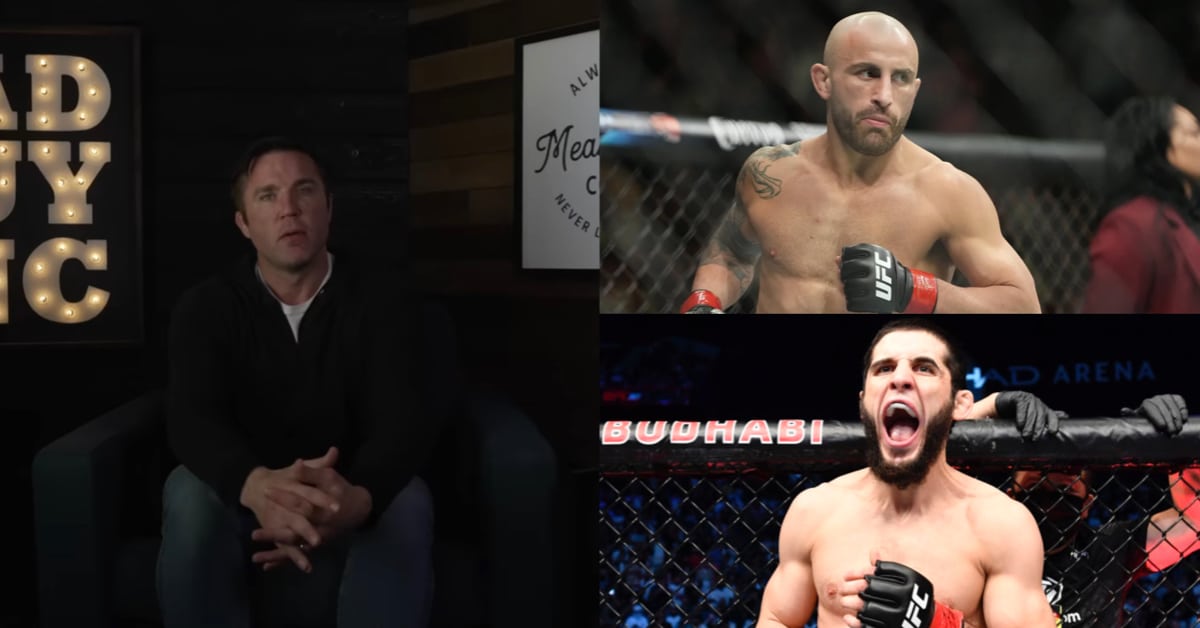 Volkanovski (25-1) is the UFC featherweight champion and the No.1 ranked fighter on the pound-for-pound rankings. The first Australian-born UFC champion will attempt to make more history when he moves up a weight class to take on lightweight champion Islam Makhachev on Feb.12 at UFC 284. He will have home-field advantage as the pay-per-view is slated to be held at the RAC Arena in Perth, Australia.

During a video on his YouTube channel, Sonnen was asked if he thought Volkanovski defeating Makhachev would be deemed an upset. The 45-year-old responded by calling it “the most annoying question” and referred to UFC’s pound-for-pound rankings. He explained that if Makhachev wins, it would be the first UFC loss for Volkanovski.

“No. Of course not. Alexander Volkanovski is No.1-ranked and Islam is No.5-ranked,” former three-time UFC title challenger Sonnen said. “You have to turn to the P4P list. That’s the only list both guys are on… Volkanovski who’s never lost, Volkanovski who’s ranked higher… How would that be shocking news? If Volkanovski gets beat… any element of that fight that goes against Volk will be something that’s never happened before.” (h/t Sportskeeda)

Makhachev (23-1) claimed UFC gold for the first time when he submitted Charles Oliveira at UFC 280 in October. The 31-year-old AKA champion is on an 11-fight unbeaten streak.

Volkanovski last fought at UFC 276 in Las Vegas, where he defeated Max Holloway for a third time. He’s defended the title four times since winning it in Dec. 2019. It will be a battle between two champions when Volkanovski and Makhachev step into the octagon for one of the biggest fights in 2023.