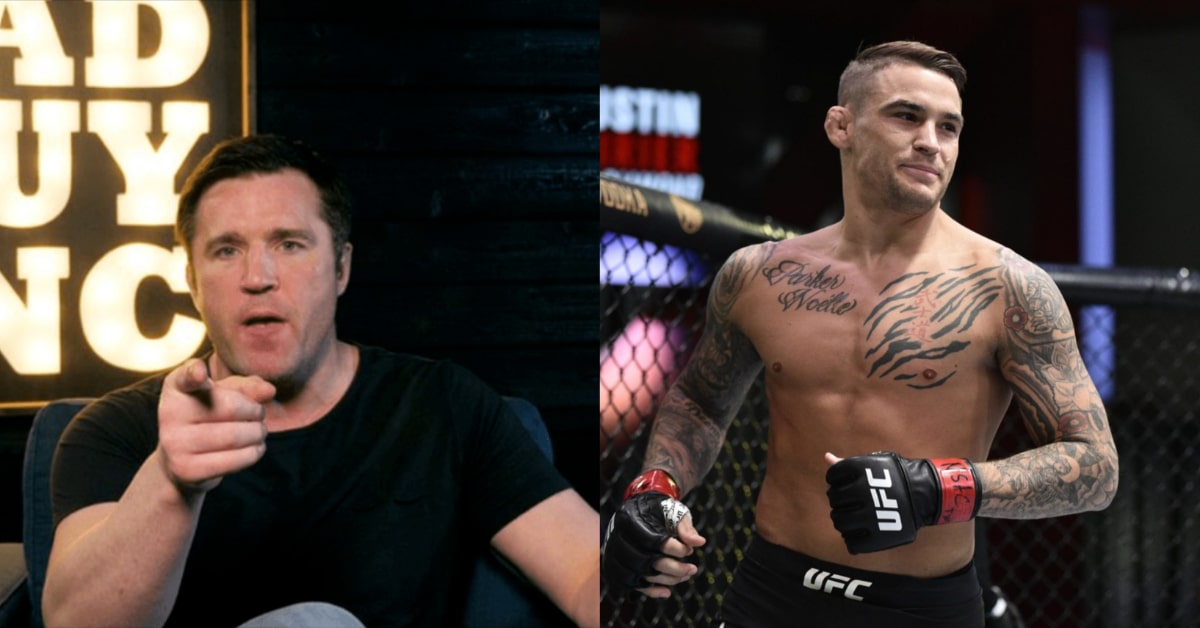 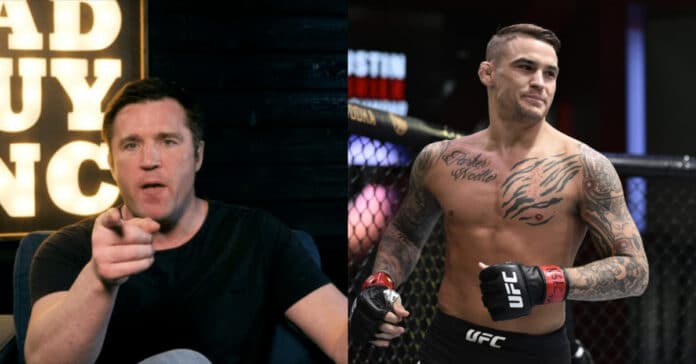 Chael Sonnen has proclaimed that Dustin Poirier is more interested in hitting the popularity levels of one Conor McGregor that attaining the UFC Lightweight belt.

Dustin Poirier took another step in the right direction towards once again competing for the UFC lightweight championship following his third-round submission victory over Michael Chandler.

The Louisiana native overcame adversity in the opening round and in turn played his part in delivering what many consider a fight-of-the-year contender. On the back of his victory, suggestions were made that Poirier’s next opponent should come in the form of 4th-ranked lightweight contender, Beneil Dariush.

The victor of that potential contest would undoubtedly be next in line for a shot at Islam Makhachev’s lightweight strap should he successfully defend his title against Alexander Volkanovski at UFC 284.

However, when members of the media suggested this idea to Poirier, ‘The Diamond’ showed his appreciation for the impressive eight-fight winning streak Dariush has acquired but was not completely convinced by the idea of facing him.

Now, Dustin Poirier may have his reasons as to why a matchup against Dariush does not excite him, however, this response potentially helps solidify Chael Sonnen’s claims.

Reviewing Poirier’s performance on his YouTube channel, Sonnen explained exactly why he believes the American Top Team fighter’s motivation is not solely focused on becoming the UFC Lightweight champion.

“Dustin Poirier right now is not on a mission to be champion,” Chael Sonnen said. “And to become champion is very realistic; that’s not the statement I’m making.

“Dustin Poirier’s No. 1 goal right now is not to reclaim his championship. He wants to go into a category. It’s the elite of the elite.

“It’s a category so high that when you start training, you don’t even set a goal to do. There’s one more category above champion – one category, and that is when the outcome of your fight doesn’t matter.

“When you get to a level of popularity where the outcome of your match no longer matters. The next time you come out, the crowd will be sold out, and you will be in the main event. Even if you’re coming off of a loss, your next fight will be the main event.

“I’m talking about a Conor McGregor status. He wants to do super-fights. He wants to do massive fights and the title be damned. He’s already got one. He’s got one sitting in his mantle at home. He will go down in the record books if he never fights again as a champion of the world, which he was. He wants to go into this different realm.” Chael Sonnen stated. (Transcribed by Mirror)

Do you agree with Chael Sonnen’s comments?