Cejudo: Volkanovski vs. Ortega Is The Greatest Fight In MMA History
published on January 10, 2022
curated and posted by BRWLRZ Team

At the start of one of the most memorable sets of final pay-per-views a year has seen in the UFC, reigning featherweight titleholder Volkanovski met with top contender Ortega in the September 25 headliner. The pair were originally set to clash at UFC 260 six months prior, but a positive COVID-19 test forced the Australian out.

In the end, the pair coached the 2021 return of The Ultimate Fighter. Whilst it certainly wasn’t the most thrilling season of the show, it did add an extra pinch of animosity and helped build the matchup more heading into their eventual showdown at UFC 266.

When they did enter the Octagon together, they brought a firework display that is certainly worthy of a spot in the Hall of Fame Fight Wing. Across five rounds, we saw why Volkanovski is unbeaten in the UFC and in his past 20 fights. After five rounds, he successfully defended his title for the second time through a unanimous decision verdict.

But even in defeat, we saw why “T-City” has a spot among the elite at 145 pounds, with two tight submission attempts in the third round providing one of the most memorable frames in history.

Cejudo Believes Volkanovski vs. Ortega Had Everything

In the eyes of many, the UFC 266 main event was certainly a top contender for the Fight of the Year, in the conversation with the likes of Justin Gaethje vs. Michael Chandler at UFC 268, Max Holloway vs. Yair Rodriguez at UFC Vegas 42, and Jiří Procházka vs. Dominick Reyes at UFC Vegas 25.

But while many didn’t have Volkanovski’s one and only defense of 2021 in their top spot for the year, one former UFC champion had it there and more. Cejudo, who held both flyweight and bantamweight gold simultaneously during his UFC career, believes the memorable September five-rounder was not only the FOTY, but the greatest fight in the history of mixed martial arts.

“The one I really like the most, I’m going to have to go to with Alexander ‘The Average’ (Volkanovski) and Brian Ortega,” Cejudo said on his podcast with The Schmo. “That isn’t, to me in my eyes, the Fight of the Year, but this is the greatest fight in my eyes in mixed martial arts history. It displayed striking, defense, escaping from submissions, takedowns, takedown defense, I mean, it was everywhere.” (h/t BJPenn.com)

Having extended his win streak and featherweight reign with victory over Ortega, Volkanovski is now in need of a next challenger after Max Holloway had to withdraw from their UFC 272 bout.

As fate would have it, Cejudo, who has been lobbying to fight Volkanovski for several months, has thrown his name into the ring as a potential short-notice replacement. If selected, maybe Cejudo will be the one on the other end of an all-time classic against Volkanovski.

Do you agree with Henry Cejudo? Is Alexander Volkanovski vs. Brian Ortega the greatest fight in MMA history? 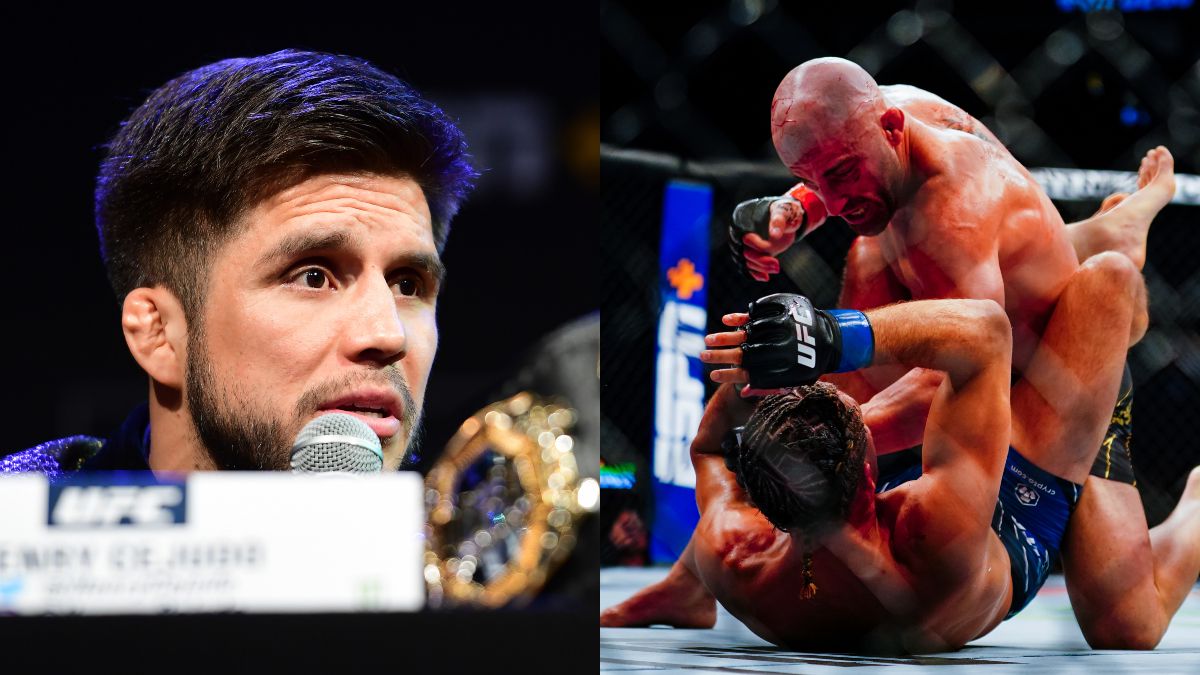