Carlos Condit Says It’s Up To Fighters To ‘Know Our Worth’
published on September 23, 2021
curated and posted by BRWLRZ Team

Carlos Condit has recently walked away from the UFC and now is sharing some wisdom with young fighters.

Carlos Condit has had a long career in mixed martial arts. He began fighting professional back in 2002. Now, almost twenty years later, Condit is ready to hang up his gloves and try his hand at retirement. Condit announced his decision to retire at 37 years old and spoke to Ariel Helwani on The MMA Hour about what the future holds for him.

“I just felt like it was the right move,” Condit said. “Probably about three weeks or a month ago, I called Dana and I let him know, so this thing has been coming down the pipe for a little while. At a certain point, there’s diminishing returns, so I think it’s time to move on.”

Now that he is past the fighting stage of his career, perhaps he could be an asset for current fighters. Condit was asked about the resources available for former fighters and the possibility of having a pension for former UFC athletes. Condit is in favor of such a plan. He also has some idea on how getting a pension program could be possible.

“I hope so. I mean, I think that there’s a lot of improvements to be made but that’s gonna be on us,” Condit said (via Sportsekeeda) That’s gonna be on fighters to make that happen. Nobody’s gonna just hand that out to us. We have to negotiate it, know our worth, and know that we are the ones that make the sport.”

Fighter pay has been a hot-button issue as of late. People outside of the sport have been calling for fighters to be activists for themselves. Now perhaps ex-fighters such as Condit can join together to make life better for all involved.

Do you think the UFC will ever have a pension plan for retired fighters? 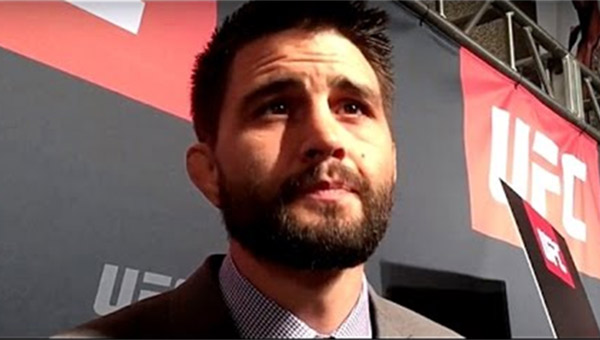