Carla Esparza Reacts To Dana White’s ‘Other Option’ For Rose Namajunas
published on November 11, 2021
curated and posted by BRWLRZ Team

Esparza has been on a tear as of late, with a five-fight winning streak over top contenders such as Marina Rodriguez and Michelle Waterson. In her last fight, she put on a dominant performance in a TKO victory over Yan Xiaonan at UFC Vegas 27.

Many believed that Esparza would be next in line for the title shot against Namajunas. But, the UFC opted to go with a Zhang Weili title rematch for Namajunas’ first title defense in her second stint as champion.

After UFC 268, White seemed vague about could be next for Namajunas, and specifically the possibility of Esparza getting the next shot at the belt.

“We have another option [for Namajunas],” White said at the UFC 268 post-fight presser. “You don’t sit around and wait for fights, it’s a really bad idea.”

Esparza defeated Namajunas for the inaugural strawweight championship in 2014, submitting her in Round 3 with a rear-naked choke. She went on to lose the belt in her first defense against Joanna Jedrzejczyk at UFC 185.

Carla Esparza Is A Top Contender After Beating Yan Xiaonan

In a recent interview with MMA Junkie, Esparza shared her thoughts on White’s recent comments about the strawweight title picture.

“Honestly that’s how I feel, that there’s not a lot of other options,” Esparza said. “I’d love to hear what the UFC or Dana [White] would come for as the next option that they’re kind of talking about. But I personally, as a fan of the division and this sport, couldn’t think of any other fight that makes sense, so we’ll see what they come up with. It’s a fight that she wants, it’s a fight that I want, so hopefully, it happens.”

An Esparza/Namajunas rematch would surely entice fans and would be an important fight in many eyes for the strawweight division. While it’s unclear what’s officially next for Namajunas and Esparza, a second bout could be on the horizon, despite White’s preliminary disinterest.

Do you think Carla Esparza should get the next strawweight title shot against Rose Namajunas? 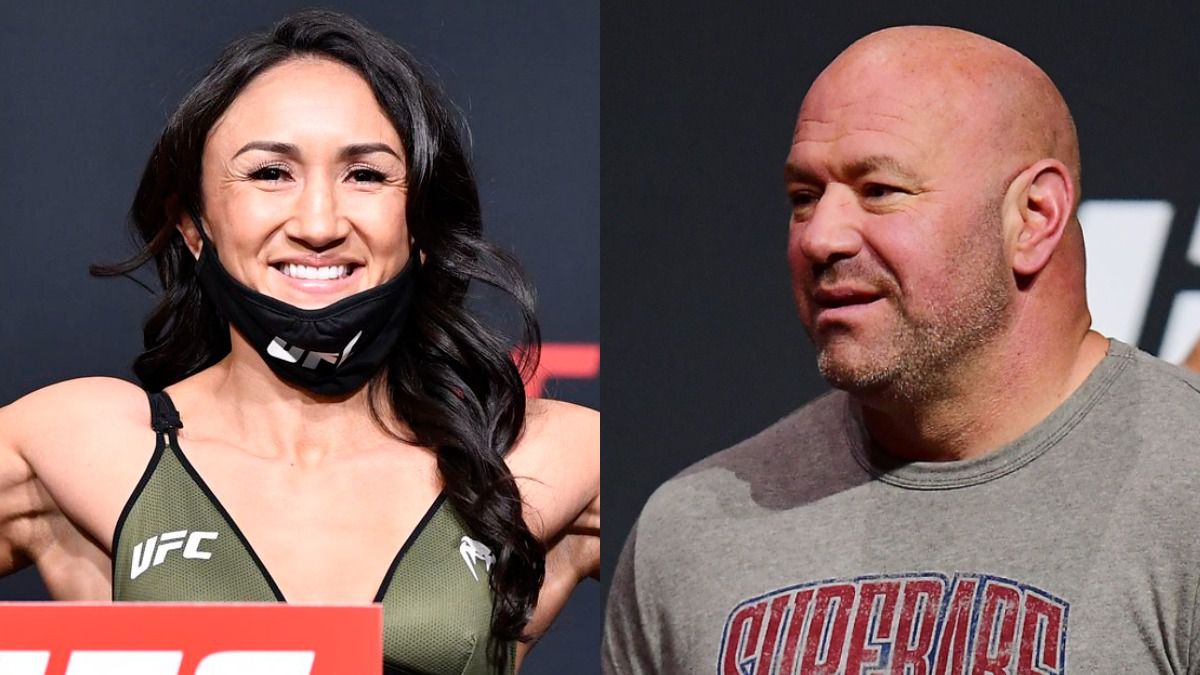