Carla Esparza: Jędrzejczyk Rematch Would Be A “Different Fight”
published on November 29, 2021
curated and posted by BRWLRZ Team

UFC women’s strawweight contender Carla Esparza is open to facing Joanna Jędrzejczyk again and believes their rematch would play out a lot differently.

Not many members of the UFC roster are in better form than Esparza. The UFC’s inaugural 115-pound champion has followed up consecutive 2018 losses to Cláudia Gadelha and Tatiana Suarez with five straight victories. Not many active winning streaks boast the amount of top contenders that Esparza’s does.

On the scorecards, “Cookie Monster” defeated Virna Jandiroba, Alexa Grasso, Michelle Waterson, and Marina Rodriguez. Most recently, Esparza shot herself into title contention with a dominant TKO win against surging Chinese top five Yan Xiaonan, for which she earned a Performance of the Night bonus.

In the eyes of Esparza, and the majority of the MMA community, the next step in the division is clear. In a rematch seven years in the making, most believe the former champ should challenge Rose Namajunas for the gold. The pair made up the first strawweight title fight in UFC history at the culmination of The Ultimate Fighter 20 season.

Esparza Could Be Set For Her First-Ever Rematch

Despite her obvious credentials and place as the top contender, there is seemingly some hesitancy from the UFC and Dana White to grant Carla Esparza the shot, possibly due to her decision not to take White’s advice to stay active and not wait for the title fight. According to Mackenzie Dern, Esparza turned down the opportunity to face her.

While she’s obviously maintaining her sights on the belt, Esparza is also willing to line up another name for her first rematch in the promotion. After defeating “Thug Rose,” the 34-year-old immediately lost the strawweight strap in her first defense against Joanna Jędrzejczyk. A second-round TKO marked the quick demise of her reign.

Now, in an interview with MMA Fighting, Esparza has spoken about the possibility of a second meeting in the Octagon with the Polish star. Suggesting she’s a much-improved fighter than the Esparza who lost in 2015, “Cookie Monster” insisted a rematch with Jędrzejczyk would have a different result.

“I think at some point in my career, I’ve never actually had a rematch with anybody let alone coming off a loss. I think I’m a very different fighter from when that fight happened.

“I definitely at some point would like to fight her again. I think it would be a much different fight.”

Jędrzejczyk, who defended the title five times after dethroning Esparza, hasn’t been in action since a Fight of the Year loss to former champ Zhang Weili last March. The 34-year-old has made her desire to make her way back to the top of the weight class known, and recently revealed she’s targeting a March or April return.

Despite maintaining that she’s deserving of a championship opportunity, Esparza admitted she’d certainly face Jędrzejczyk again in order to further “earn” her way to the strawweight mountaintop.

“I thought for me the best was Rose and I fighting and then Weili and Joanna fighting for a No. 1 contender’s spot,” Esparza explained. “I thought that’s what really made sense in my fan brain of exciting matchups and what makes sense

“I would definitely fight [Joanna] again. You want to be at the top, you’ve got to earn your way there.”

How do you think a second fight between Carla Esparza and Joanna Jędrzejczyk would play out? 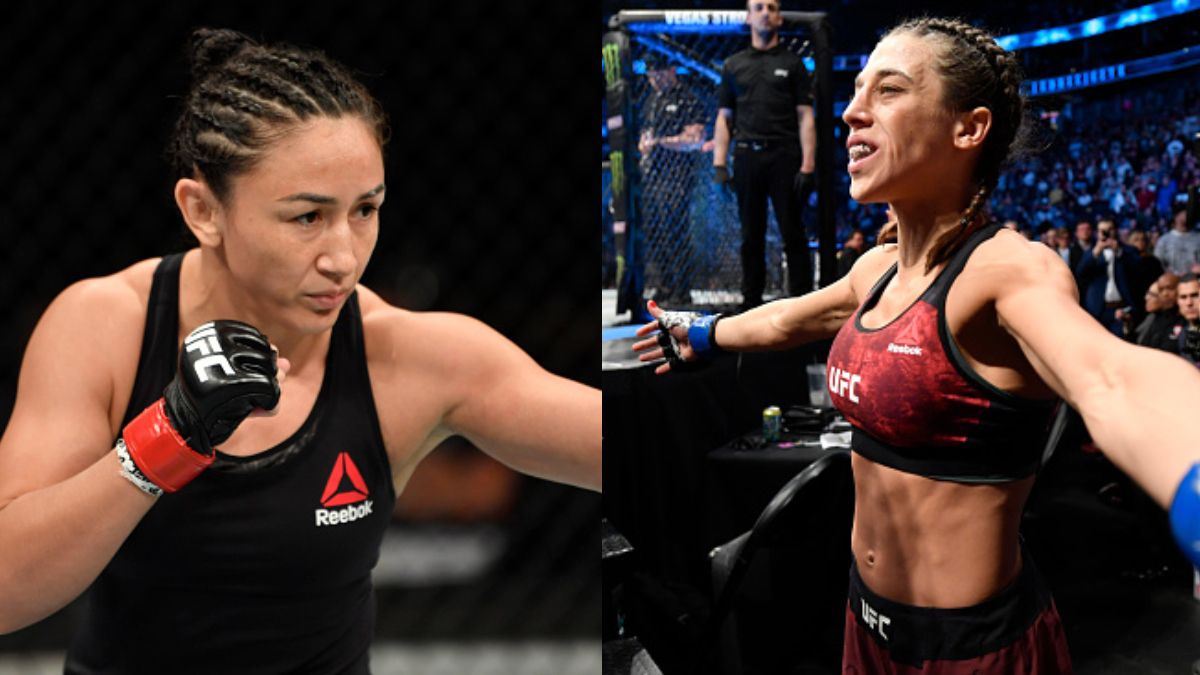