Cancer Survivor Aaron Aby Hopes To Inspire Others With MMA Journey
published on January 6, 2022
curated and posted by BRWLRZ Team

Cage Warriors fighter Aaron Aby wants his journey of ups and downs to eventually lead to a shot in the UFC—and he wants to inspire onlookers every step of the way.

Aby, a survivor of stage-three testicular cancer and a fighter living with cystic fibrosis, wants his story to show that people can overcome big obstacles in life.

Growing up, Aby was warned that his cystic fibrosis diagnosis could shorten his lifespan. In an act of defiance to this, he started in athletics, first as a cross-country runner, then as a serious footballer. He played for the Shrewsbury Town youth squad and the Wrexham pro team before pursuing MMA.

“MMA was an individual sport after what happened at Shrewsbury and having to have to have someone to pick you in football,” Aby told WalesOnline.

“One of the funny things was that MMA used to make me feel more tired than football, which I liked. I used to love the techniques and the philosophy of fighting and the principles behind it. It just started off once a week, then became twice a week, then I was doing it every day.”

Aby made his professional MMA debut in 2013. Four years later, he had to undergo surgery after he was diagnosed with testicular cancer. He had two surgeries, including one that had to remove a tumor the size of 15 centimeters.

“I was on a three-fight win streak,” Aby said. “The [cancer] symptoms actually started during the last fight camp. I was doing well, on a big show. There’s never good timing for these things.

Aby described the mindset he had to keep when going into a surgery he thought he might not survive.

“Negative thoughts come into your head, but I always used to say to myself that I was never going to quit. I will accept whatever happens but I will always fight until the last chance. I think that’s what I did.”

Aby currently holds a pro record of 12 wins, four losses, and one draw. He has spent his last two fights with notable European promotion Cage Warriors, where he has earned a win and a loss.

Like most prospects, Aby is aiming to land in the UFC one day.

“The UFC’s always got to be a goal,” Aby continued. “If not, I’ve just got to keep winning, keep making my name relevant and keep working towards that Cage Warriors title.”

Aby picked up a victory in his last appearance, going three rounds against Samir Faiddine for a unanimous decision victory in December. 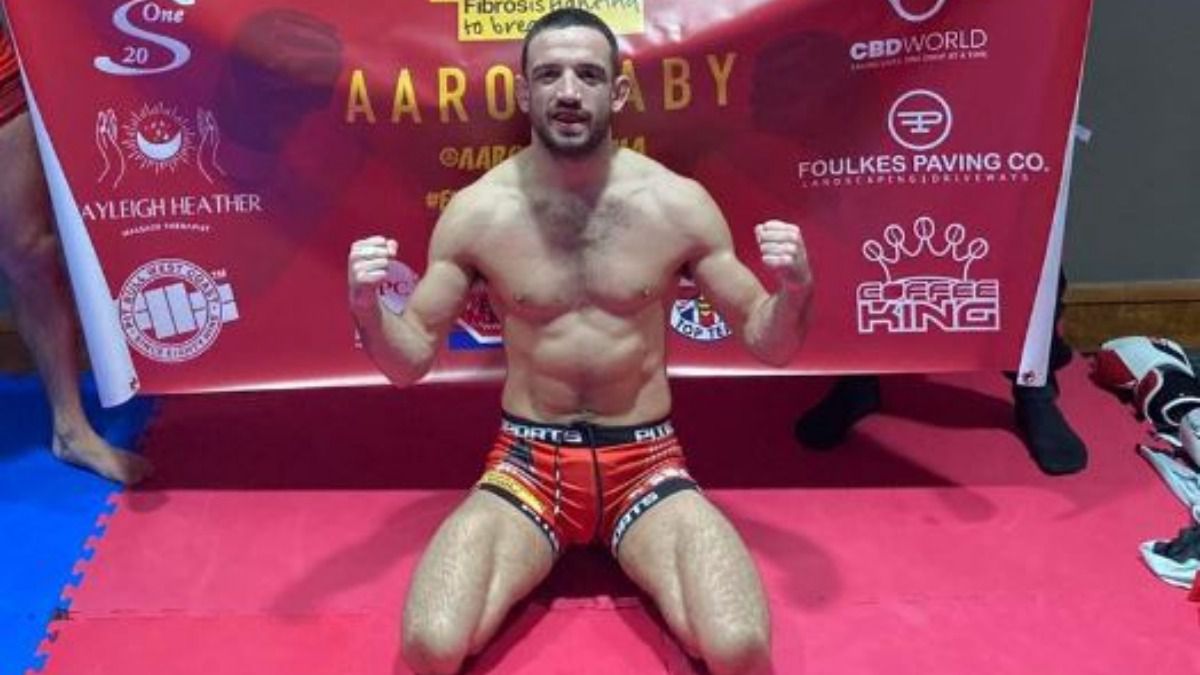