UFC featherweight Calvin Kattar is ready to put the ‘best boxer in the UFC’ debate to rest ahead of his matchup with Giga Chikadze.

Kattar is looking to get back in the featherweight title picture after his disappointing loss to Max Holloway nearly a year ago. He faces a tough task in Chikadze, an exciting Georgian prospect who has skyrocketed into the featherweight fold.

In addition to dominating Kattar, Holloway notably yelled “I’m the best boxer in the UFC!” while bobbing and weaving through his strikes. He would go on to win the fight via unanimous decision.

This sparked the debate of who the best UFC boxer is. Holloway, Sean O’Malley, Conor McGregor, and Petr Yan are just a few of the names who have been thrown into the conversation.

During his UFC Vegas 46 pre-fight press conference, Kattar explained why he’s tired of hearing about the best boxer debate.

The winner of the Kattar vs. Chikadze fight could get a featherweight title shot next. Alexander Volkanovski will face Chan Sung Jung (otherwise known as ‘The Korean Zombie’). Many threw their name in the hat when Holloway had to pull out of his trilogy with Volkanovski, but Kattar was not one of them.

Regardless of Kattar’s feelings, it seems that the best UFC boxer debate isn’t going away anytime soon. However, he has the opportunity to throw himself into the conversation with a win over Chikadze at UFC Vegas 46.

Who do you think is the best boxer in the UFC? 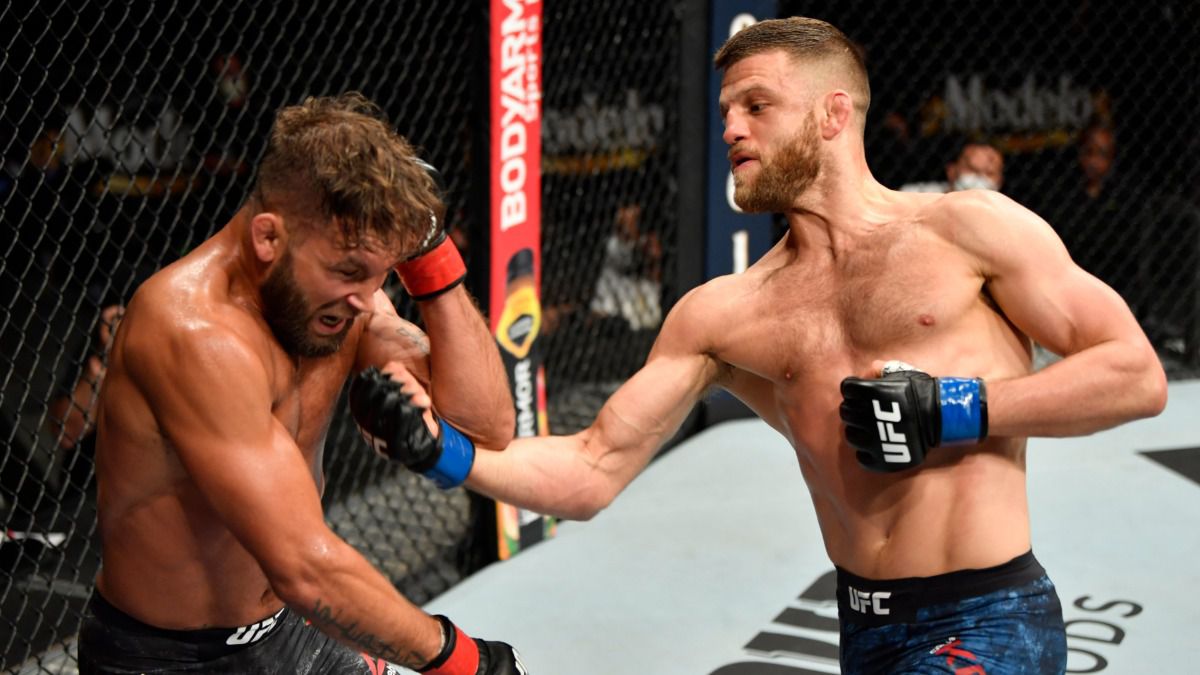