Cage Warriors 125lb Champ Shaj Haque Calls For Rematch With Jake Hadley In The UFC: “I Would Fight Him In A Heartbeat.”
published on January 17, 2023
curated and posted by BRWLRZ Team 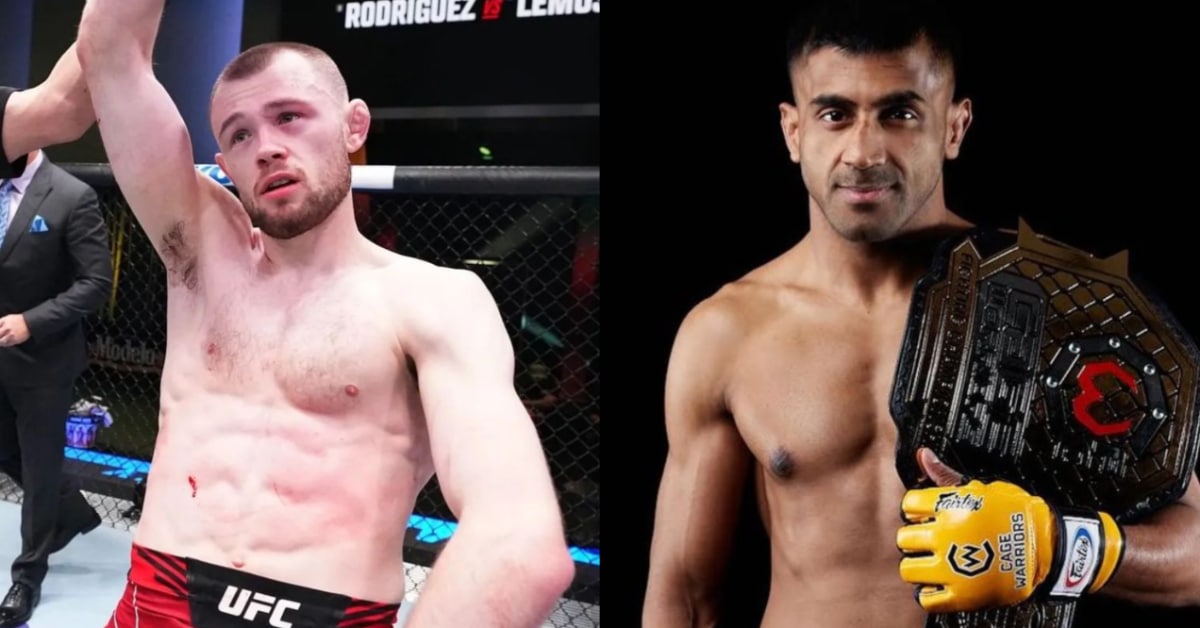 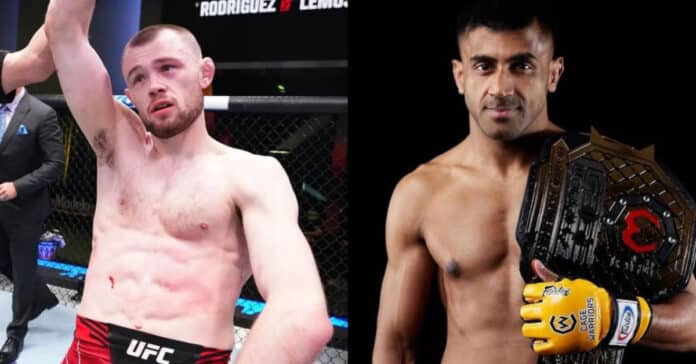 Cage Warriors flyweight champion Shaj Haque has called for a rematch with Jake Hadley in the UFC.

Whilst not yet a household name, Shaj Haque is on a mission to make the step up to the UFC, and take on the very best the P4P No.1 promotion has to offer. The British/Bangladeshi prospect picked up an enormous win on New Year’s Eve at Cage Warriors 148, earning a third-round knock-out over Sam Creasey en route to becoming their new Flyweight champion.

Now on a five-fight winning streak, Haque is knocking on the door of the UFC and has an opponent set on his mind. In an exclusive interview with Tom Mordue of LowKickMMA, Haque called for a rematch with Jake Hadley, who defeated him back at Cage Warriors 114 in late 220. He stated:

“I would fight him in a heartbeat today. [Jake Hadley] is a great fighter and I’m not going to take anything away from him and funny enough he knocked me out in my last loss. On that day, he was the better fighter, but that was a tough camp for me during lockdown. I was initially supposed to fight him before COVID and it was supposed to happen during the birth of my child.“

“Then COVID happened and I was still trying to adapt to being a father. When we got back into camp I still took the fight, but that camp was very hard. I’m sure Hadley had some troubles as well, but I don’t think he had as many troubles as I had. Also running a gym myself, it was a lot of stress and I felt like my mindset was not there when I fought Jake Hadley.”

Since their 2020 contest, both Shaj Haque and Jake Hadley have taken big leaps in their respective careers. Haque has won five straight fights, capping off 2022 by becoming the Cage Warriors Flyweight champion. Hadley earned a UFC contract in 2021 and is coming off of his first win in the promotion after he defeated Carlos Candelario with a triangle choke in November.

Hadley is currently set to fight Malcolm Gordon at UFC 286 in London in front of his home fans. Haque is also looking to get on that card and represent South Shields should the opportunity arise. While Hadley is booked against Gordon, Haque has made it clear he is one call away from joining the promotion to fight on that card in March should the matchup fall through.

Regardless of whether the rematch comes to fruition, Shaj Haque is an intriguing prospect to watch for in 2023 and a rematch with Hadley could result in fireworks. Check out the full interview right here:

Would you like to see Shaj Haque vs. Jake Hadley 2?