One can never accuse Brian Ortega of backing down.

Even though the featherweight contender just suffered multiple injuries in a blood-and-guts brawl on Saturday night, Ortega seems ready to get back at it. “T-City” took to Instagram to update his followers on his status.

“Fractured orbital and some bruised ribs, once this orbital heals I’ll be ready to chuck em again !! I meant what I said.. I love you guys!”

Ortega went the full five rounds against UFC champ Alexander Volkanovski in an instant classic at UFC 266. Ortega’s toughness was on full display, and he even rallied with some submission attempts in the third round. Yet, Volkanovski was too much for the Californian to handle.

Brian Ortega locks in a guillotine on Alexander Volkanosvki.

The end scene on Saturday was reminiscent of Ortega’s first title bid. In 2018, Max Holloway landed 290 strikes on Ortega, Volkanovski landed 214. Though Ortega was game through both contests, the end results were the same: He was left battered, bloodied, and beltless.

After being undefeated in mixed martial arts for the first eight years of his career, Ortega now finds himself 1-2 in his last three fights. Both those losses came at the hands of world champions.

Currently, Ortega is medically suspended from any sort of contact until March 202 unless a doctor clears his orbital fracture. The earliest Ortega can hope to get back to work is the end of November.

The UFC 266 main event left both fans and fighters singing praises of the participants. It seems likely that Ortega will have to garner some more victories before another potential title bout. Yet, when Ortega does step back into the cage, he’ll surely have some newfound fans tuning in.

Who would you like to see Brian Ortega fight when he makes his return to MMA? 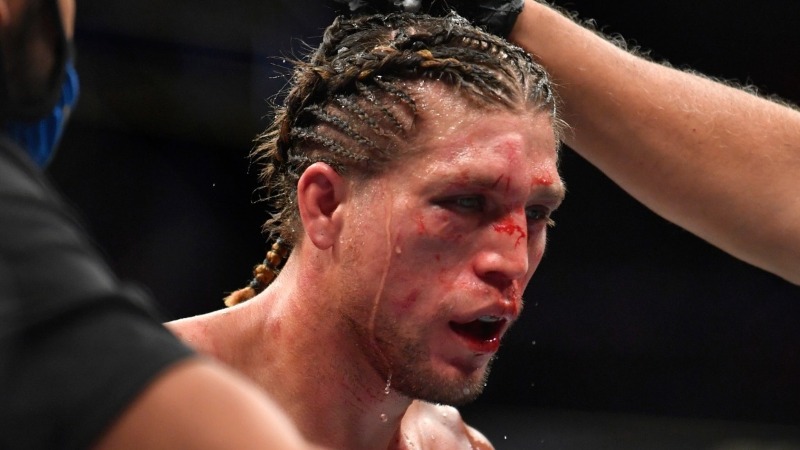