Brian Ortega Has Not Forgotten Holloway Loss: “We Will Meet Again”
published on October 19, 2020
curated and posted by BRWLRZ Team

While everyone has begun to look ahead to Alexander Volkanovski vs. Brian Ortega following Ortega’s sensational victory over The Korean Zombie on Saturday, there is still another familiar name on Ortega’s hit list.

In the main event of UFC on ESPN+ 38, Brian Ortega turned in a masterful performance in his unanimous decision victory over The Korean Zombie. Prior to the event, UFC President Dana White ensured that the winner of the Ortega/Zombie main event would receive a title shot at Alexander Volkanovski. So Ortega’s focus will undoubtedly shift to Volkanovski in short order. But it isn’t Alexander Volkanovski who handed Ortega the only loss on his professional record. That honor would belong to Max Holloway. And there is no doubt in Ortega’s mind that he will have an opportunity avenge that loss.

“I said this in the beginning, in the very, very beginning when the fight was first set up: ‘We will meet again.’ He’s going to stay at the top,” Ortega said in the post-fight press conference. “He’s not just a guy that’s going to drop right off the bat and just spiral down his career. I’m not a guy that’s going to just fall off like that. Clearly, tonight, I showed the world that’s not me.”

This obviously is not to say that Brian Ortega is overlooking reigning champion Alexander Volkanovski in any way. On the contrary, he expects all three men to be in something of a three-headed rivalry for years to come.

There is only room for one man to be at the apex of each division, though, and at featherweight, that is currently Alexander Volkanovski. Brian Ortega will look to change that if/when the two meet for the championship and then ultimately swap roles with Max Holloway in their rematch, with Ortega entering as the champion and Holloway being the challenger.

Who do you think would win a rematch between Brian Ortega and Max Holloway in 2021? 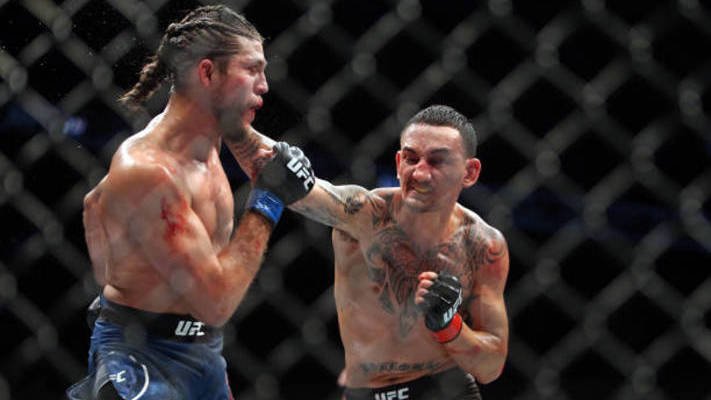