After Ortega dominated Korean Zombie to win a decision, he became next in line for a featherweight title shot. Immediately, fans started to picture the fight and it became clear it would be a competitive one, which Ortega agrees with.

“He’s great. He’s very similar almost,” Ortega said (via MMA Fighting). “I study him a lot. He’s very similar at picking you apart and going in there and being strategic and moving left, moving right and picking you apart. Putting pressure and getting some takedowns and letting you get back up. He’s a very interesting guy. He’s really good at playing a point system and winning rounds.

“I’d have to look at him again. I watched his fights with Max [Holloway]. It’s different. I feel like what he has to bring right off the bat, he’s kind of similar. On the takedowns, obviously I don’t really care too much about getting taken down. You can have them. It’s interesting. I would love a fight with him. It would be interesting.”

When the fight would be is to be seen. However, it is likely the featherweight champion will only be able to fight on Fight Island, so many have talked about a potential February date.

Regardless, Alexander Volkanovski is likely to take on Brian Ortega next time out. 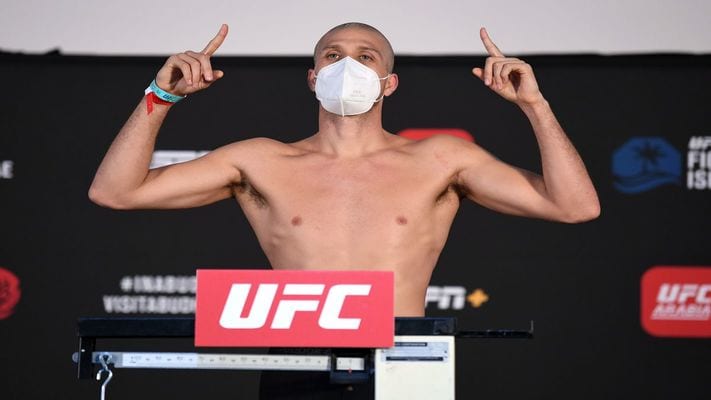