Brendan Schaub Touts Paddy Pimblett As A Future UFC Champion: ‘He Has The Mindset For It’
published on December 17, 2022
curated and posted by BRWLRZ Team 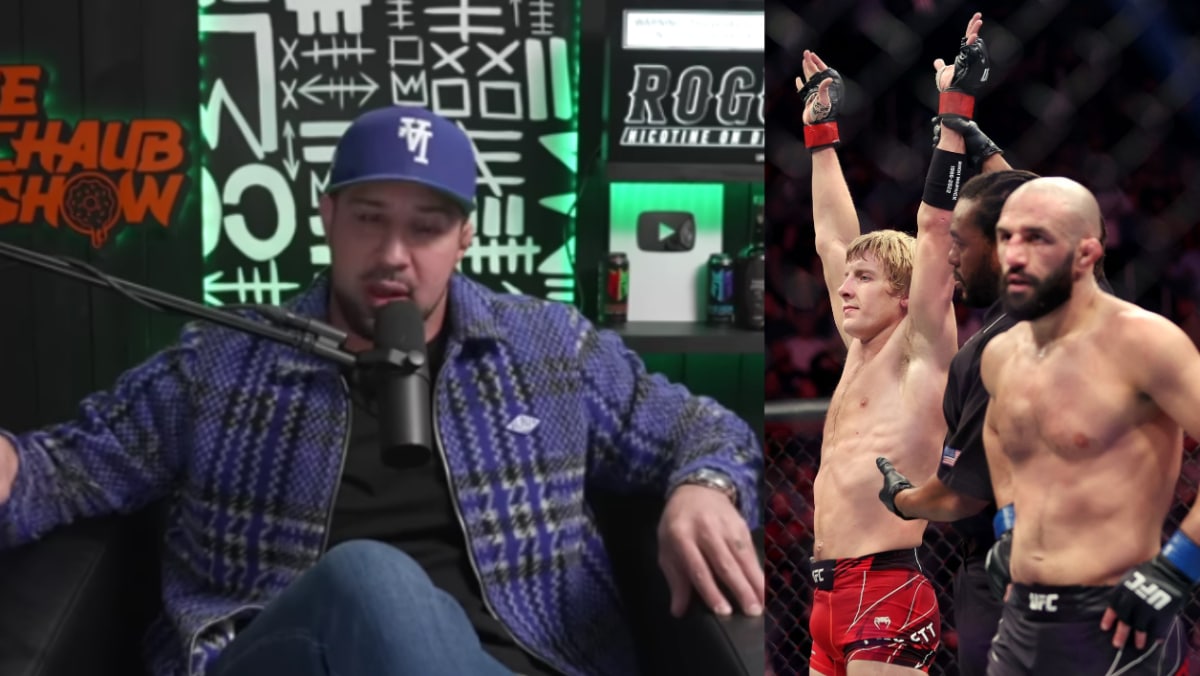 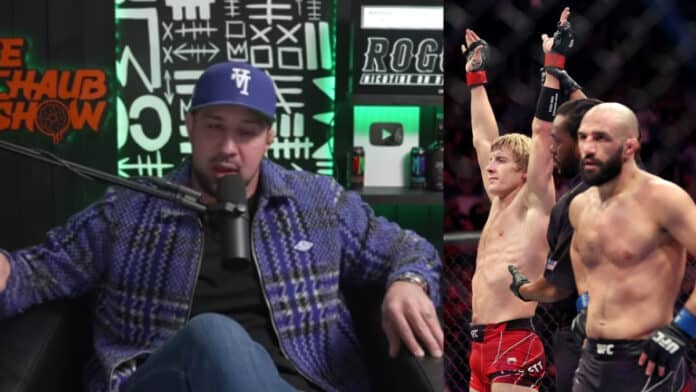 Brendan Schaub believes Paddy Pimblett is a future UFC champion despite a less-than-spectacular showing at UFC 282.

‘The Baddy’ is coming off his fourth straight win inside the Octagon, but it wasn’t without a healthy dose of controversy. Going a full 15 minutes with Jared ‘Flash’ Gordon in the co-main event feature last Saturday, practically everyone on the face of the planet had Gordon scoring the massive upset. The three judges presiding over the bout had a different opinion, awarding Pimblett the victory 29-28 on all scorecards. It was immediately dubbed by many as one of the worst decisions in UFC history.

Speaking on his ‘The Schaub Show’ podcast, former UFC heavyweight competitor Brendan Schaub still believes Paddy Pimblett will be a world champion one day but suggests that the Liverpudlian didn’t deliver his best stuff in his last Octagon appearance.

“His fame [outweighs] his talent. Will he get there? Yes he will,” stated Schaub on his podcast. “If they take the necessary steps, I fully believe that Paddy will be world champion. He has the mindset for it. I also love how people were saying, ‘Paddy isn’t ready for the big show!’, okay. Do your homework on Paddy Pimblett.”

“He was selling out giant venues in Liverpool on his own in Cage Warriors before he got to the UFC. So, that doesn’t work, the kid shows up when the pressure is on. The Paddy Pimblett [vs.] Jared Gordon fight was more of a factor of how damn good Jared Gordon is. Paddy Pimblett when he faced an adversary in Jared Gordon who is very skilled, Paddy got away from what made Paddy special. He stopped doing the unconventional stuff, he went back to just striking. He would do some grappling but really he got into a striking battle, and Paddy on the feet isn’t special.”

Between his out-of-left-field feud with renowned MMA journalist Ariel Helwani and telling Joe Rogan his fight with Jared Gordon “wasn’t close,” Paddy Pimblett has done himself no favors when it comes to staying in the good graces of MMA fans. In the end, Schaub believes ‘The Baddy’ simply needs to stick to what makes him unique inside the Octagon. Over time, fans will come around and Pimblett will continue to flourish.

“Paddy being unconventional and being hard to train for is what makes Paddy special. So he got away from that against Jared Gordon because Jared Gordon is that damn good. Kudos to Jared Gordon, and it was a close fight” (h/t BJPenn.com)