The surging Brendan Allen has a new opponent for his Octagon return in under two weeks.

As reported by MMA DNA on Tuesday, Brendan Allen will now be taking on Chris Curtis on December 4 instead of Roman Dolidze, who had agreed to replace the originally planned Brad Tavares. MMA News caught up with Allen last week to discuss the initial change in opponents.

“I found out late Monday night, late Monday night, and they told me it was injury,” Allen said of Tavares’ withdrawal. “So who knows? So yeah, they said he was out, Dolidze was in, so that’s what it ended up being, pretty short.”

Now, Dolidze is out, and Curtis is in. Curtis is coming off a big knockout victory over Phil Hawes just two weeks ago at UFC 268. He’s now facing another stuff opponent only month later.

As for Allen, not only does he have a new opponent, but he also has a new contract, one that he negotiated himself after parting ways with SuckerPunch Entertainment.

“I think I let go of [SuckerPunch] officially after the last fight,” Allen said. “We had the conversation before, that I didn’t feel like they were doing a lot for me, just giving them an opportunity to make it right, and just talk it over, you know? We had that talk. It was a good talk at that time. But to be honest, nothing changed. And no hard feelings. It is what it is. It’s just business. And I ended up with a new contract that I worked out myself, and so I let them go.”

Allen also revealed to MMA News that his new contract is for four fights. A bout against Tavares (#11) would have been an opportunity to surely enter the rankings, but with a win over Curtis, that would make six victories in his last seven fights, which would no doubt get him closer to having a number placed next to his name.

Allen (17-4) earned his initial UFC contract through Dana White‘s Contender Series in 2019. Defeating the likes of Karl Roberson and the previously undefeated Punahele Soriano in his last two outings, his only loss in the UFC was to #7-ranked middleweight contender Sean Strickland last year.

You can catch our full interview with Brendan Allen below! 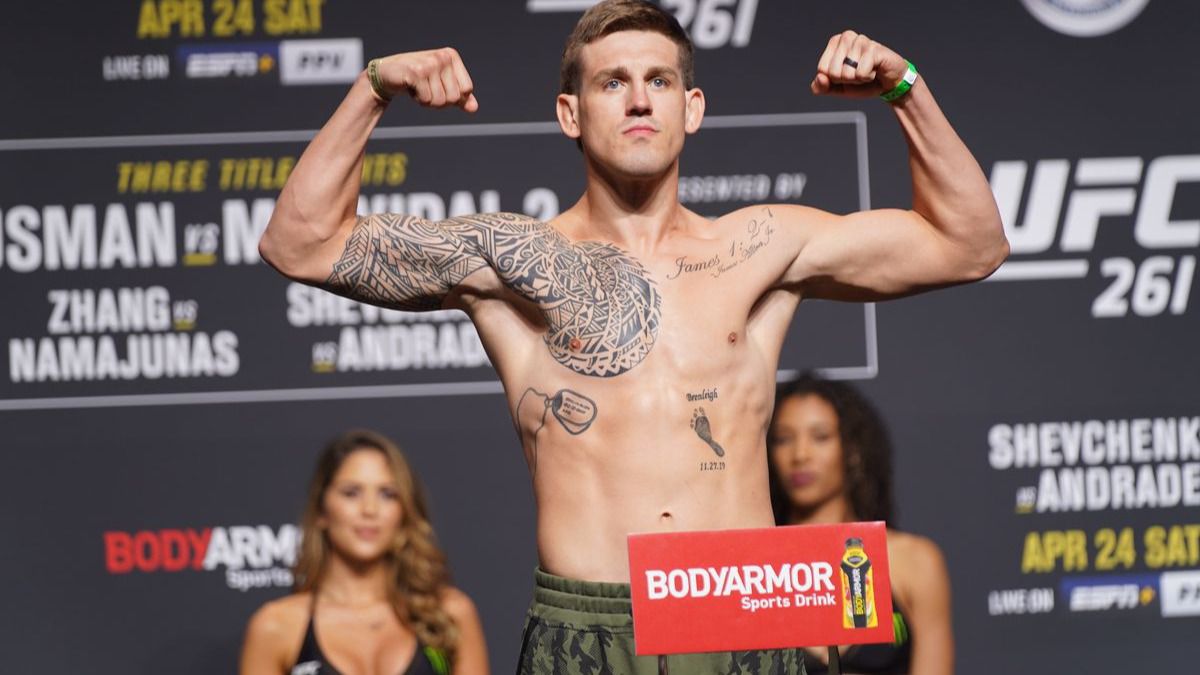