Brandon Moreno: It’ll Be Nice To Send Figueiredo To The 135lb Division
published on January 21, 2022
curated and posted by BRWLRZ Team

A flyweight title fight is set for the co-main event of UFC 270 this Saturday night. Champion Brandon Moreno will be looking to defeat former champion Deiveson Figueiredo and hopefully put this feud behind him. This fight will be the third time these two have fought consecutively, and Moreno is hoping the third time is a charm and he can finally move past this opponent and continue defending his title against the rest of the 125 pound division.

The first time these two fought each other the bout ended in a majority draw in which Figueiredo kept the title. The second time Moreno won decisively with a third-round submission. The UFC surprisingly decided to run this back for a third time immediately.

The fight could have never been made at all because there were rumblings of Figueiredo moving to bantamweight after the loss and brutal weight cut prior to UFC 263. Moreno was surprised to learn this but remains willing to help Figueiredo with the move this Saturday.

“Yes, at first I was a little bit surprised, but at the end of the day, the first fight was incredible, second fight was total domination, but maybe the trilogy can be nice to finish the job in the third fight and put Deiveson in the 135-pound division,” Moreno told MMA Fighting.

Figueiredo has been teasing a move to bantamweight. He has historically had a difficult time making the 125-pound limit in his time at flyweight. For his first title fight against Joeseph Benavidez, Figueiredo missed weight and although he was victorious, he was unable to win the belt due to missing weight.

If he loses to Moreno once again, he might have an easier time gaining another title shot if he does make the jump up ten pounds, at least as long as Moreno is on top.

Do you think Deiveson Figueiredo will leave the flyweight division with a loss at UFC 270? 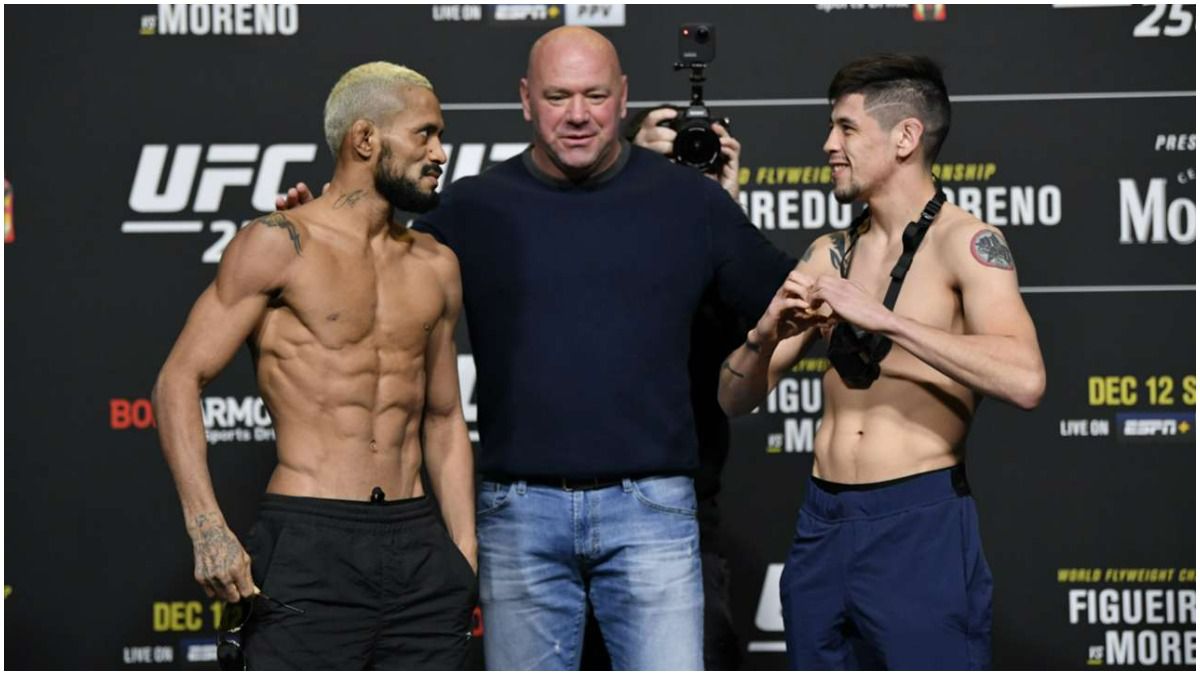