Brady, who has built an unblemished 14-0 professional record that includes seven finishes, is set to face his toughest test to date when he enters the Octagon with the #6-ranked Chiesa inside the UFC Apex on Saturday. The 28-year-old hasn’t been in action since a submission victory over Jake Matthews at UFC 259 earlier this year.

Having surged into the rankings after just four outings in the promotion, the Philadelphia native will look to take a huge leap towards the 170-pound top five with an impressive display against “Maverick.”

Brady Targets A Statement Finish Against A Top Contender

Brady was initially scheduled to face former interim lightweight title challenger Kevin Lee on two separate occasions in 2021. Their July clash was postponed after “The Motown Phenom” suffered an injury. The second time around, the issue was on Brady’s side. He was forced to withdraw from their August booking after contracting a staph infection.

With Lee instead facing and losing to Daniel Rodriguez, Brady is content with moving on from the cursed matchup, and now firmly has his sights set on a top-10 contender. In an interview with MMA News’ James Lynch ahead of his fifth UFC outing this weekend, Brady discussed his matchup with Chiesa, suggesting he has the advantage wherever the fight goes.

“I think there’s gonna be a lot of good grappling exchanges… he’s an amazing grappler. He’s beaten some of the best guys. So I’m looking forward to testing out my skills versus his. I think I’m just gonna be a little bit too much for him.”

When asked for his prediction on how the fight will end, Brady told MMA News that he believes he’ll submit Chiesa on November 20. If he does force a tap or put “Maverick” to sleep, Brady will be the second man to submit him in just four months. In Chiesa’s previous outing, he fell to a D’Arce choke against top-five welterweight Vicente Luque.

“I’ve had plenty of time, I’m gonna be in amazing shape, and I’m coming for a hard 15-minute fight. But I plan on getting it done before then… Honestly, I feel like I’m going to submit him. He’s (got) very good offensive jiu-jitsu, but he has four losses by submission, and I feel like I’ve been doing very well with my submissions in my fighting and in my training; it’s just getting better and better. I feel like that’s an area where I’ll be able to catch him.”

Catch our exclusive interview with Sean Brady ahead of UFC Vegas 43 below:

Who do you think will have their hand raised at UFC Vegas 43, Sean Brady or Michael Chiesa? 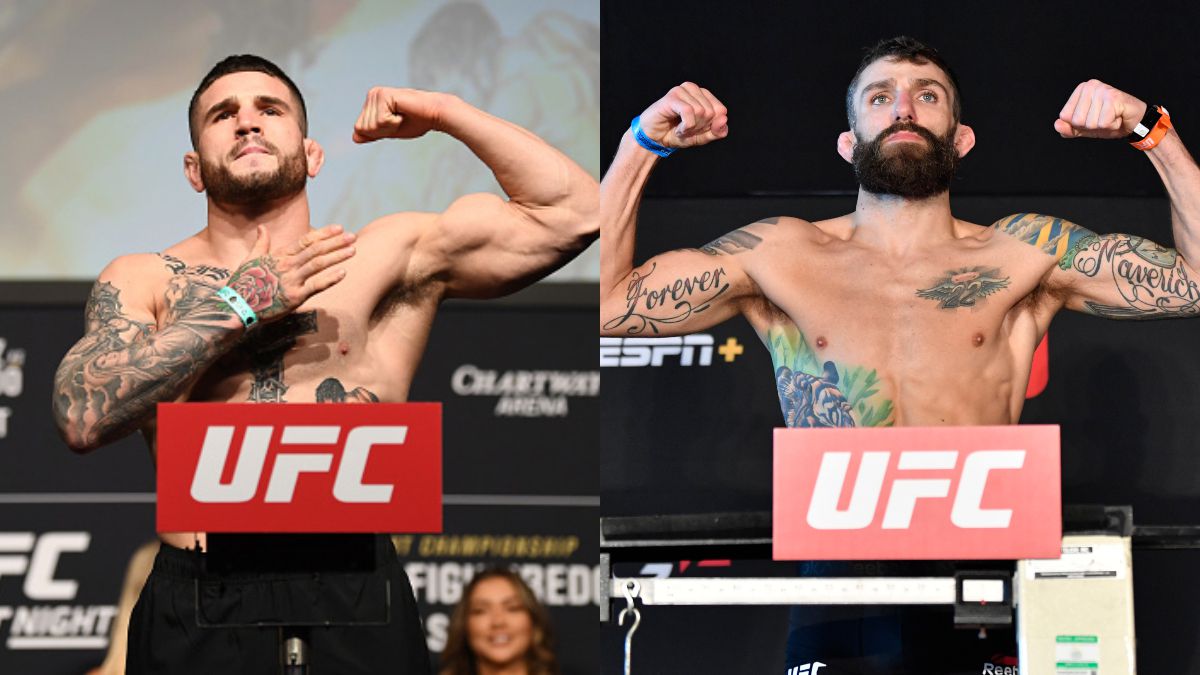