Colby Covington was once just another young prospect in the UFC‘s welterweight division. After being submitted by Warrlley Alves in his fourth UFC bout, Covington was off to the races. He dominated each of his next four opponents, earning him a date with former title challenger Demian Maia in 2017.

Ever since grabbing the microphone and declaring the jeering Brazilian audience to be “filthy animals” that night, Colby Covington has left it dialed up at 11, making him one of the most polarizing and spotlighted members of the UFC roster.

According to a former American Top Team teammate, this shift by Covington was not a spontaneous movement. In a recent interview, Bobby Lashley took a lion’s share of the credit for Covington’s career makeover.

Lashley claims he was responsible for introducing Covington to the world of professional wrestling, and that is when the proverbial lightbulb clicked for the Oregon State alum.

“I was the one that actually brought him into the business originally,” Lashley said of Covington in an interview with Comicbook.com. “Because originally, we did some stuff before, brought him into that world, and that’s where he learned this part in the marketing aspect of him being a fighter. And he really turned his whole career around. He was at the point where he was just beating guys and no one really knew him. And then he got into the wrestling world. The next thing you know, he’s main eventing”

Lashley believes that Covington could also find success if he decided to take his talents to the world of professional wrestling. Covington has stated in the past he’d be open to joining the WWE in the future. If that were to happen, we could very well see a ‘teacher vs pupil’ feud between “The Almighty” Bobby Lashley and Colby “Chaos” Covington.

Colby Covington last competed at UFC 268, challenging rival Kamaru Usman in a losing effort. As for Bobby Lashley, the former WWE champion will be competing tonight at the WWE Survivor Series event in a Team Raw vs. Team Smackdown elimination bout as a member of Team Raw.

Do you think Colby Covington would be a good fit for the WWE? 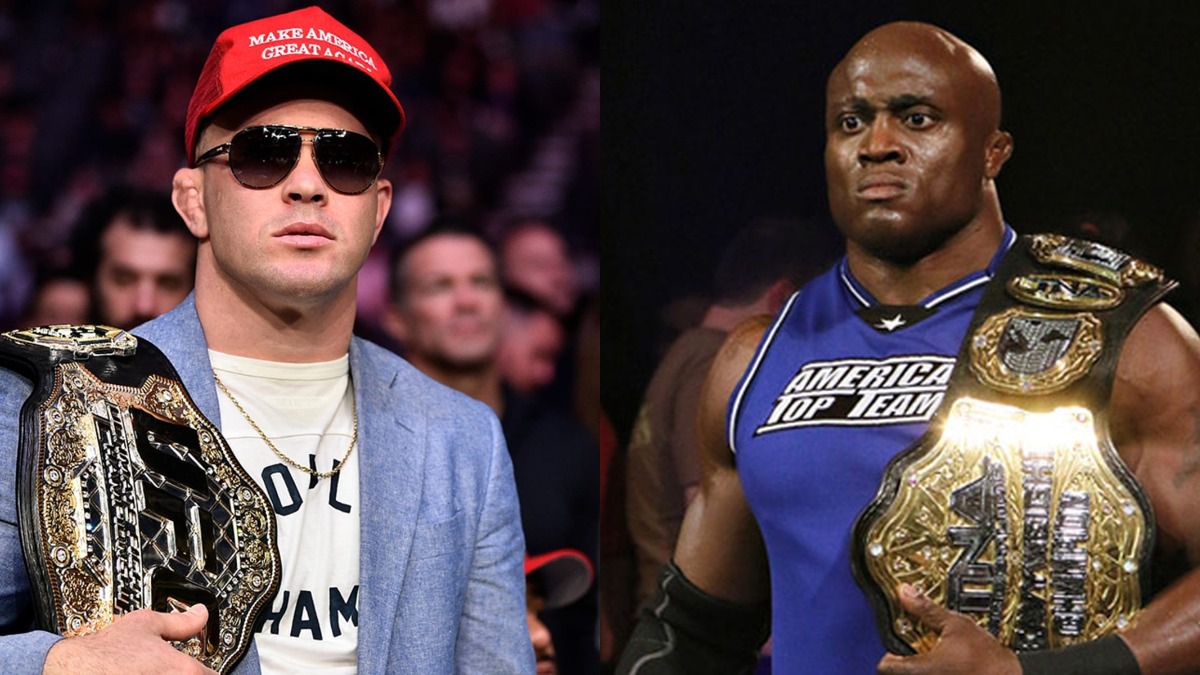