Blaydes: I’m The Worst Stylistic Matchup For Jones At Heavyweight
published on January 29, 2022
curated and posted by BRWLRZ Team

Blaydes has long been a top name in the UFC’s heaviest weight class. Since his debut in 2016, “Razor” has built a 10-3 (one NC) record that includes victories over Aleksei Oleinik, Mark Hunt, Alistair Overeem, Alexander Volkov, Junior dos Santos, and Jairzinho Rozenstruik.

In his 19-fight professional career, Blaydes has only fallen to defeat against two men, Francis Ngannou and Derrick Lewis, the two hardest hitters in the UFC, if not the entirety of MMA. With that in mind, it’s unsurprising that Blaydes is confident in his abilities, so much so that he feels he’d provide the toughest matchup for former UFC light heavyweight champion Jones at heavyweight.

Speaking exclusively with MMA News, Blaydes discussed Jones’ impending arrival in the division, the power of Ngannou and Lewis, and his plans for 2022.

After a second reign atop the light heavyweight mountain, which included defenses against Anthony Smith, Thiago Santos, and Dominick Reyes, Jones vacated the belt in order to pursue a fresh challenge: title success at heavyweight. But since his last fight at 205 pounds in February 2020, “Bones” has remained on the sidelines.

Fans are hoping 2022 is the year Jones returns, and given his latest comments and his consistent heavyweight transformation updates on social media, it appears the veteran is still targeting a new dose of championship glory.

With Jones potentially joining him on the heavyweight ladder this year, Blaydes has given his take on the potential matchups that could await the GOAT contender. “Razor” told James Lynch that he sees himself as the toughest stylistic matchup for Jones, simply because of the different looks he’ll bring to the Octagon.

“Stylistically? Honestly, I think it’s me, because I’m gonna involve the grappling,” Blaydes told MMA News. “I’m not saying I’m the best matchup, but I think I’m offering more different looks. Like, when he goes against an (Francis) Ngannou, or a Stipe (Miocic), or a (Ciryl) Gane, or a Derrick Lewis, he knows they’re all just gonna strike with him. He knows that. He knows that if he stays on the outside, which he’s very good at, people, they don’t know how to get past the long reach of his. The best way to get past it is to get into the clinch. But these guys don’t want it.

“Derrick Lewis doesn’t wanna clinch, Ngannou doesn’t wanna clinch; they’re looking for the knockout. He’s not gonna give you the opportunity from distance to knock him out,” added Blaydes. “So, I think if he went against those guys he’d just pick them apart from the outside. Me? He’s gonna have to worry about every time he throws a leg kick, am I gonna grab it? And he’s gonna be a little bit more hesitant. Everyone does that. Whenever I fight anyone, like Volkov, Junior (dos Santos), even Jairzinho; we always expect them to be a lot more aggressive, and they’re not. Because we always forget they don’t wanna get taken down.”

After Ngannou’s title crowing at UFC 260 last March, the biggest fight in the promotion seemed to be a clash between “The Predator” and Jones. But after a public pay dispute saw the matchup collapse, Jones spent the entirety of 2021 on the sidelines.

At the UFC Hall of Fame ceremony in September, Jones provided an encouraging update, suggesting he was targeting his divisional debut for the second quarter of 2022. That led many to believe Jones would challenge the victor of the UFC 270 main event for the gold.

With that pay-per-view taking place this past weekend and seeing Ngannou successfully defend his title against former teammate Gane, the stage seems once again set for the former light heavyweight kingpin to take on the Cameroonian powerhouse.

If this is the Apex of heavyweight fighting, I’m excited about it. Got some more records to break

For both men to reach the cage, it appears a number of things will need to happen. First and foremost is Ngannou’s contract. With his dispute with the UFC ongoing, it’s unclear what the future will hold for the champion, with some even suggesting he could sit out the remainder of his contract and pursue a move to boxing in 2023.

Similarly, uncertainty still appears to surround Jones’ next appearance, with UFC President Dana White claiming he’s not confident in saying Jones will fight for the title next. He even suggested a return to the Octagon as a 205lber is a possibility.

Nevertheless, Jones seems as eager as ever to pursue his goals, something that’s an enticing prospect for MMA fans, who haven’t seen Jones in action for nearly two years.

Do you think Jon Jones has what it takes to win championship gold at heavyweight? 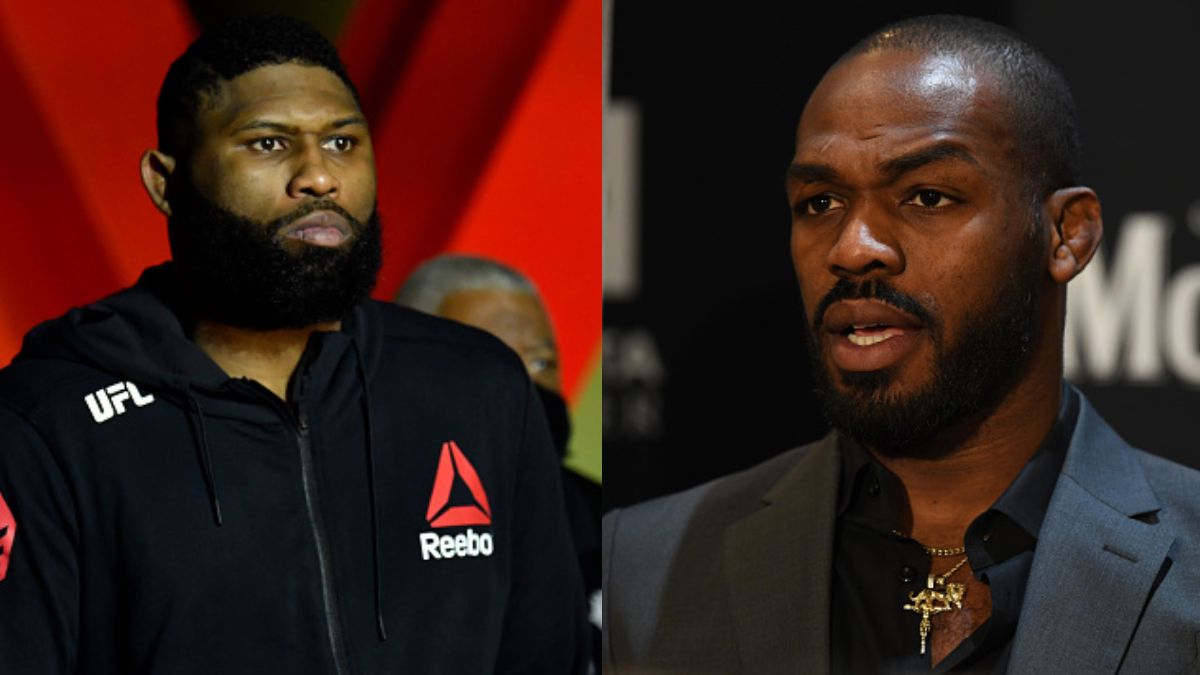