Bisping: “What Self-Respecting Man Asks Machine Gun Kelly For A Picture?”
published on October 9, 2021
curated and posted by BRWLRZ Team

Michael Bisping had a good laugh about Conor McGregor and his fight with Machine Gun Kelly.

A few weeks ago, Conor McGregor was involved in an altercation with singer Machine Gun Kelly at the MTV Video Music Awards. The news spread throughout the MMA community and many fighters and fans had to express their opinions. Michael Bisping was one of those people. He spoke on Instagram immediately following the event about the scuffle and shared his thoughts about McGregor.

“I’m having my cup of coffee this morning and I’m scrolling and I saw, I forgot what website it was and they added an eyewitness,” Bisping said. “Now you never know, maybe the eyewitness is full of sh*t.”

Bisping was on an Instagram live with his son discussing some MMA news. He seemed amused by this headline and the behavior of Conor McGregor himself. Bisping and son Callum got a good laugh out of the situation.

Bisping later sided a bit with McGregor stating that he believed that perhaps the medication that McGregor could be taking for his leg injury could be making him act “erratic.” Bisping himself explained that after his own surgeries he was irritable. However, this is not the first time McGregor has been involved in an altercation in public. It has happened many times before.

What did you think of the McGregor’MGK fight, and do you agree with Bisping’s assessment of the situation? 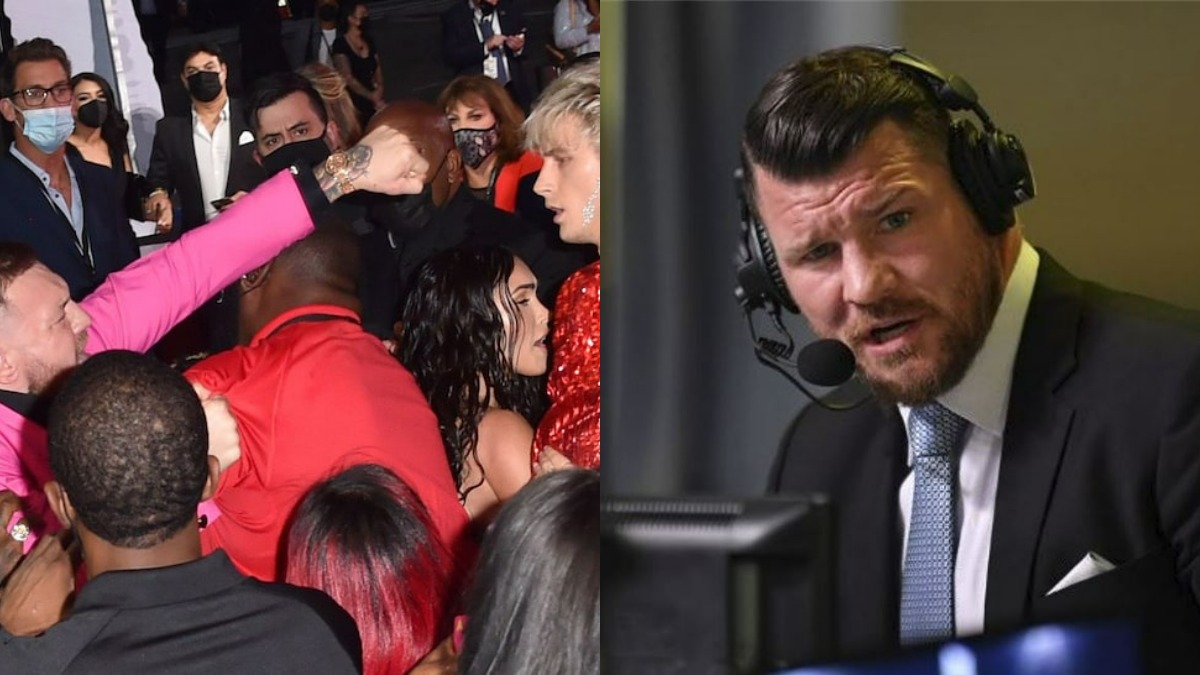