Bisping Tips Chimaev To “Leapfrog” Edwards With Another Win
published on November 30, 2021
curated and posted by BRWLRZ Team

Former UFC Middleweight Champion Michael Bisping believes Khamzat Chimaev is one win away from jumping Leon Edwards in the queue for a title shot.

While some believe Edwards is in need of another victory over a top contender, many think the Englishman has done more than enough to deserve a meeting in the Octagon with the champion. “Rocky” is unbeaten since a 2015 loss to current welterweight king Kamaru Usman. Across nine wins in that period, he’s beaten the likes of Vicente Luque, Donald Cerrone, Rafael dos Anjos, and Nate Diaz.

After failing to secure an opportunity ahead of Colby Covington, Edwards accepted a grudge match against Jorge Masvidal, which was set for UFC 269 on December 11. A month out from the clash, “Gamebred” withdrew due to injury. In response, Edwards made his intention to wait for a rematch with Usman clear.

Disappointed but honestly I knew this fraud didn’t want to fight me anyway. He was just a stop off on the way to the title. The goal remains the same. Much needed family time now, @usman84kg i will see you soon.

But his nation’s only UFC champion believes there’s one name he should be worried about. In an interview with SunSport, Bisping claimed that while a shot at gold is certainly overdue for Edwards, surging contender Chimaev could “leapfrog” him in the queue with another Octagon triumph.

“A title shot is long overdue for Leon. But the problem is, as I just mentioned, Khamzat. If Khamzat has another quick win, he’s probably going to leapfrog Leon simply because everyone is talking about him. I did a YouTube video on him on my channel and everybody loved it. They’re more interested in Khamzat than they are Glover Teixeira, which is insane.”

After arriving in the promotion with a record-breaking three wins in 66 days last year, Chimaev found himself on the sidelines with a rough bout of COVID-19. Having overcome the virus, the Chechen-Born Swede returned in style at UFC 267, choking out Li Jingliang in the first round.

Bisping admitted that Chimaev’s win against Jingliang convinced him that “Borz” is the real deal. “The Count” even went as far as to describe the #11-ranked welterweight’s dominance and fanfare as “early Conor McGregor stuff.”

“There is cause for concern because of Khamzat… It’s insane, it’s crazy. This motherfucker is out of his mind in the best possible way. He goes forward, he picks him up in the air and he’s having a conversation with Dana [White], slams him down and then finishes him. It’s wild!

“I was a little bit on the fence. I was like, ‘Okay, he beat Rhys McKee and John Phillips.’ And no disrespect to them, but tailormade match-ups in terms of style. Then [after the] Gerald Meerschaert [fight], I thought, ‘Ah, Gerald, he kind of froze and he got caught. Maybe it was a lucky punch.’ To do that to Jingliang, ‘The Leech,’ who is a tough guy – he’s no walk in the park for anybody. To do it and to make it look so easy and to do it with such confidence and bravado and arrogance. To be so arrogant and be able to carry it out like that is [insane]… I hate to say it, but this is early Conor McGregor stuff, isn’t it? It really is. He’s an incredible star.”

Chimaev Is Reportedly Set For A Top-Five Opponent In January

The “one quick victory” that Bisping believes may damage Edwards’ title aspirations could come as soon as January 2022. After seeing his hopes of replacing Masvidal at UFC 269 fall through, Chimaev is reportedly set to face top-five contender Gilbert Burns, per Swedish MMA outlet Frontkick.online.

Burns challenged for the title earlier this year at UFC 258. Despite knocking Usman down early, “Durinho” was finished via TKO in the third round. Having rebounded soon after against Stephen “Wonderboy” Thompson, the Brazilian will be looking to secure a rematch with “The Nigerian Nightmare” next year.

The logical next fight would be with #4-ranked Vicente Luque. However, the pair are friends and teammate over at Sanford MMA, so won’t be colliding in the cage. With that in mind, Burns will seemingly need to derail the Chimaev hype train in what would almost certainly be a title eliminator.

A welterweight showdown between Khamzat Chimaev and Gilbert Burns is in the works.

Huge, huge fight for both men and one that could have serious implications for Kamaru Usman’s next title defence.

Do you think a victory over Gilbert Burns would earn Khamzat Chimaev a title shot over Leon Edwards? 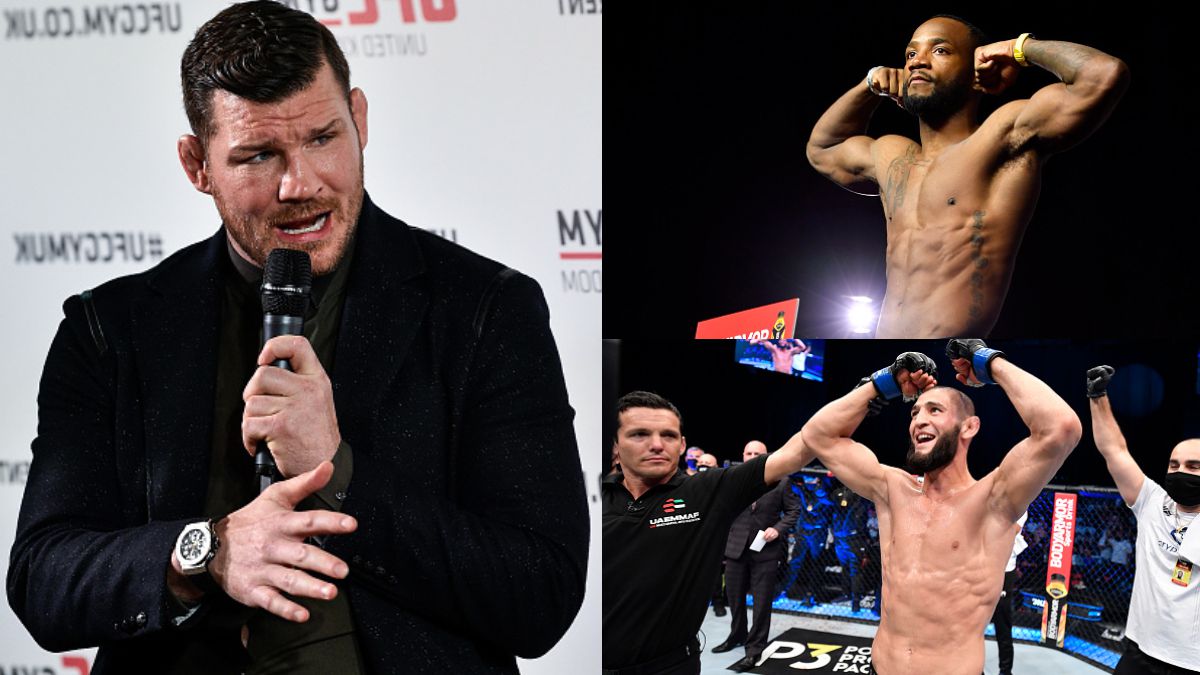