Bisping Pitches Usman vs. Whittaker If “The Reaper” Beats Adesanya
published on November 15, 2021
curated and posted by BRWLRZ Team

Since securing his place on the welterweight throne with a controlling performance against Tyron Woodley in 2019, “The Nigerian Nightmare” has defended his belt on five occasions, and staked his claim to be considered the greatest welterweight of all time.

Having brushed past two challenges from Covington, two from Jorge Masvidal, and one from Gilbert Burns, many are wondering what Usman has left to prove at 170 pounds. Should Leon Edwards defeat Masvidal at UFC 269 next month, it seems inevitable “Rocky” will get the next shot. Beyond the Englishman, Vicente Luque could have secured his opportunity, while the surging Khamzat Chimaev is likely only one or two victories away from contention.

However, the idea of Usman challenging for a second belt has been thrown around. Some believe that in order to be spoken about in the same breath as Georges St-Pierre, the 24-year-old has to follow in the Canadian’s footsteps and make his mark at middleweight as well.

However, Usman has repeatedly stated that he won’t fight friend and compatriot Israel Adesanya, who currently occupies top spot at 185 pounds. With that in mind, UFC Hall of Famer Michael Bisping believes Usman’s path to two-division glory relies on “The Last Stylebender” falling short in his next defense.

Speaking in a video uploaded to his YouTube channel, “The Count” suggested former champ Robert Whittaker has what it takes to dethrone the Nigerian-New Zealander in their rematch, which is being targeted for UFC 271 in February. If “The Reaper” does become a two-time champ, Bisping believes that opens the door for Usman to move up.

“They’re talking about Kamaru Usman going up to middleweight, going up a division. But he said he doesn’t want to do that because Israel Adesanya is the champ and he doesn’t want to go up against his countryman, and he has respect, which I understand a little bit, a little bit I understand that. Far be it for me to send any judgement. But, just because you’re both from the same country doesn’t mean you can’t fight. Still, I get it, I get it, they’re brothers.

“But Adesanya’s fighting Robert Whittaker, and that’s not a given. Yes, the first fight Adesanya absolutely destroyed Whittaker, wasn’t even close, it wasn’t even what you call a fight if I’m honest. But Whittaker’s rebounded. Whittaker looked amazing against Gastelum. I though that was the best performance of his career. And Whittaker really looks focused. So, you never know. Whittaker might beat Adesanya, which then opens the door for Kamaru Usman to go up to middleweight and go after that belt there. And let’s remember, Robert Whittaker used to be a welterweight… Stylistically, size wise, Kamaru Usman, he might even be the bigger guy, he might even be bigger than Robert Whittaker.”

Since losing his belt to Adesanya at UFC 243 in 2019, Whittaker has been back to his best. After taking almost a year away from the Octagon to reset, the New Zealand-born Aussie returned and recorded wins over Darren Till, Jared Cannonier, and Kelvin Gastelum over the course of 10 months.

Given his form, many believe Whittaker has the best chance at becoming the first man to defeat Adesanya at middleweight. If he does, perhaps he’ll be entering the cage with another Nigerian soon after.

Would you like to see Kamaru Usman challenge for the middleweight title if Robert Whittaker beats Israel Adesanya at UFC 271? 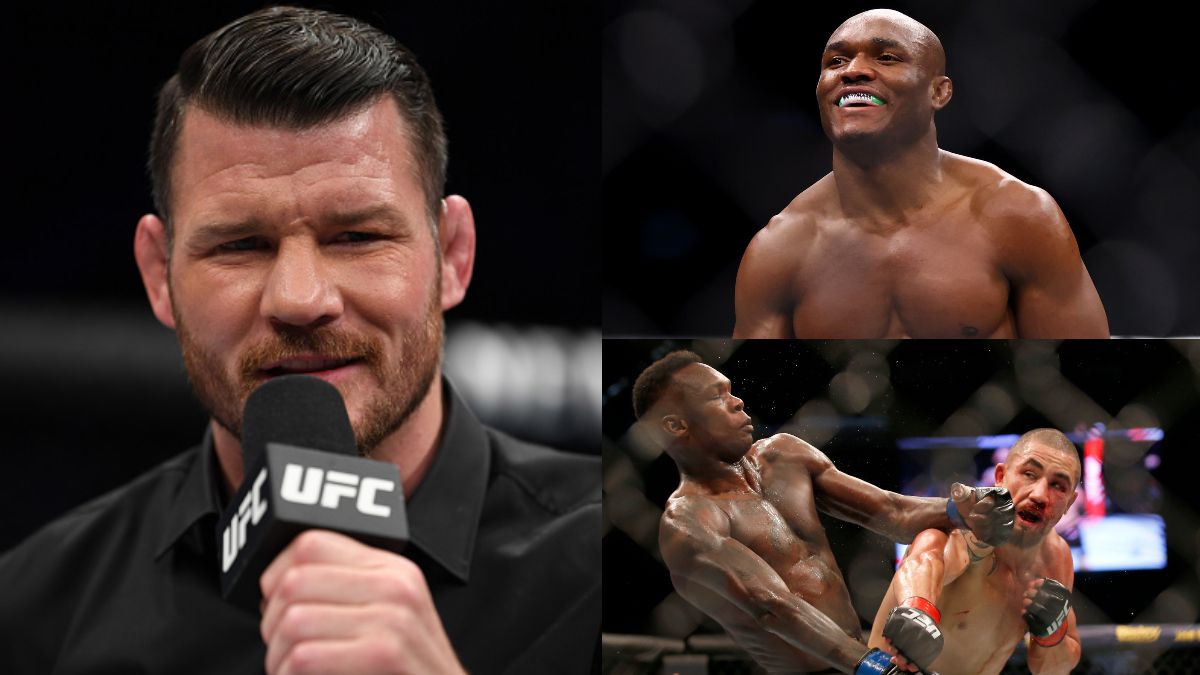