Bisping Names The UFC Veteran Nick Diaz Should Fight This Year
published on January 5, 2022
curated and posted by BRWLRZ Team

UFC Hall-of-Famer Michael Bisping has suggested a potential opponent for veteran fan favourite Nick Diaz if he returns to the Octagon this year.

Diaz’s highly-anticipated 2021 comeback wasn’t the return many had envisioned. After nearly seven years away from the sport, a hiatus that began following his 2015 clash with Anderson Silva, the older Diaz brother ran it back with former foe Robbie Lawler at UFC 266 in September.

The pair first collided way back in 2004 at the UFC 47 event. While Diaz recorded a memorable knockout win in that clash, their rematch was to end significantly different.

After showing glimpses of his form of old early on, albeit sluggish ones, Diaz simply couldn’t keep up the relentless pace. After eating a hard shot in the third round, the Stockton native was sent to the canvas and chose not to return to his feet.

The next step is unclear for Diaz. From his pre-fight comments at UFC 266, in which he suggested he doesn’t enjoy fighting, to his late request for the fight with Lawler to be changed from welterweight to middleweight, it was obvious the 38-year-old wasn’t in the best shape or condition for a five-round clash with “Ruthless.”

In the eyes of many, including UFC President Dana White, Diaz’s 2021 defeat should mark the end of the veteran’s memorable career. But while that seems to be the general consensus, not everyone leans the same way.

One prominent member of the MMA community hoping to see Diaz fight this year is former middleweight titleholder Michael Bisping. During a recent YouTube Q&A, “The Count” expressed that feeling, and even named a fellow UFC veteran Diaz could face if he returns to the Octagon in the coming months.

Like Diaz, Cerrone is another long-serving UFC star who appears well-past his prime and on his way out of the sport in the near future. Although there has been no official confirmation, recent rumors have hinted towards a March clash between “Cowboy” and rising star Pimblett.

Should that prove to be just conjecture, perhaps the UFC will pair Cerrone up with a fighter on the opposite end of their career to “The Baddy.” Not many fill that criteria better than Diaz.

Do you agree with Michael Bisping? Would you like to see Nick Diaz fight Donald Cerrone in 2022? 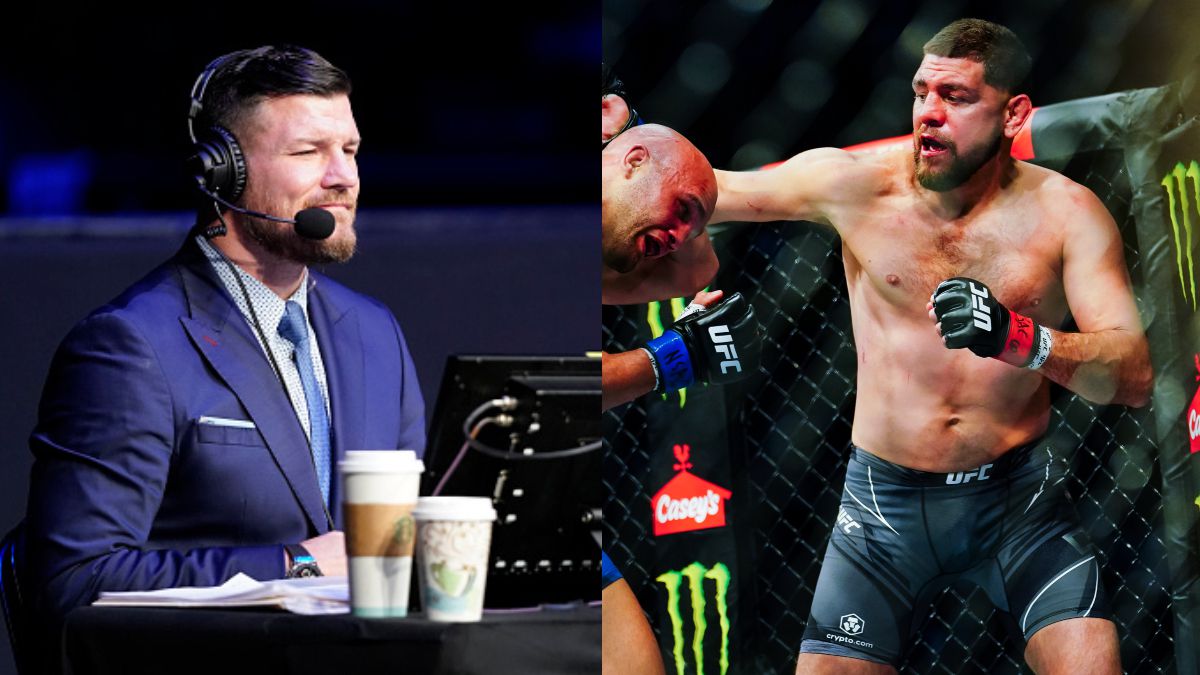