Bisping Names 2 Options For McGregor’s Return Other Than Poirier
published on December 7, 2021
curated and posted by BRWLRZ Team

Former UFC Middleweight Champion Michael Bisping believes there are two leading options for Conor McGregor‘s return to the Octagon, neither of which is a fourth fight with Dustin Poirier.

McGregor, a former two-division UFC champion, has been on a significant downfall since his second title crowning in 2016. In the four years that have followed, the Irishman has gone 1-3. His sole victory came at welterweight against veteran Donald Cerrone last January. That success marked a rebound from his crushing loss to arch-rival Khabib Nurmagomedov in 2018.

After re-entering the win column, McGregor would have hoped to return to lightweight title contention in 2021. Instead, the 33-year-old was knocked out for the first time, saw his 1-0 record against Dustin Poirier collapse to 1-2, and suffered a gruesome broken leg. Since sustaining the injury at UFC 264, McGregor has been on the sidelines, tangling with celebrities in public and fellow fighters on social media.

In recent weeks, talk of a McGregor return has certainly picked up. Having consistently provided updates on his recovery through training footage, it’s clear the former double champ is deep into the healing process. With that in mind, McGregor recently revealed his hope to begin full MMA sparring again in April 2022, with his return to the cage imminent after that.

The options for McGregor’s comeback seem plentiful. As well as potential clashes with Michael Chandler and Max Holloway, both of whom have expressed interest in welcoming MMA’s biggest superstar back to the Octagon, a potential fourth collision with Poirier remains a possibility. If “The Diamond” dethrones Charles Oliveira at UFC 269 this weekend, that could see McGregor fighting for gold upon his return, something he guaranteed would be the case in a recent Twitter post.

Despite those choices, UFC Hall of Famer Michael Bisping has given McGregor some different advice. Suggesting against the Poirier tetralogy during a recent Q&A on his YouTube channel, “The Count” said McGregor should either complete his trilogy with Nate Diaz or face former interim champ Tony Ferguson.

“For McGregor, when he comes back, he needs to think carefully about who he fights next. If Dustin Poirier beats Charles Oliveira next week and Dustin becomes the champion, of course Justin Gaethje’s going to step in and he gets the next shot. But then there’s Islam Makhachev and the whole list of people at lightweight that want to fight for the belt. But McGregor, being who he is, McGregor being the biggest star the sport has ever seen, he may get that privilege to where he can fight Dustin Poirier for the belt because they have unfinished business. They are two and one in Dustin’s favor, but the way the last fight ended with McGregor breaking his leg does give a reason, does give explanation to the subject that perhaps they should do a fourth fight.

“McGregor brings in eyeballs like nobody else so there is a possibility. My advice would be don’t do that. I think he should try and get his mojo back, get comfortable with the octagon again, because it’s a long layoff. Nate Diaz may be the perfect person or even Tony Ferguson.” (h/t Sportskeeda)

With Nate Diaz having just one fight remaining on his contract, and with heavy talk of a departure from the promotion, it appears that if the UFC wishes to book a third fight between the Stockton native and McGregor, it’ll have to be the highest priority for when the Irishman is ready to return.

On the other hand, McGregor vs. Ferguson is a matchup that would have been mouth-watering a number of years ago. Having lost three consecutive fights against Justin Gaethje, Charles Oliveira, and Beneil Dariush, the idea of Ferguson facing McGregor has perhaps lost its appeal slightly. Nevertheless, it would certainly make sense given the rankings, and would give one man a path back towards the lightweight top five.

Who do you think Conor McGregor should face when he returns to the Octagon? 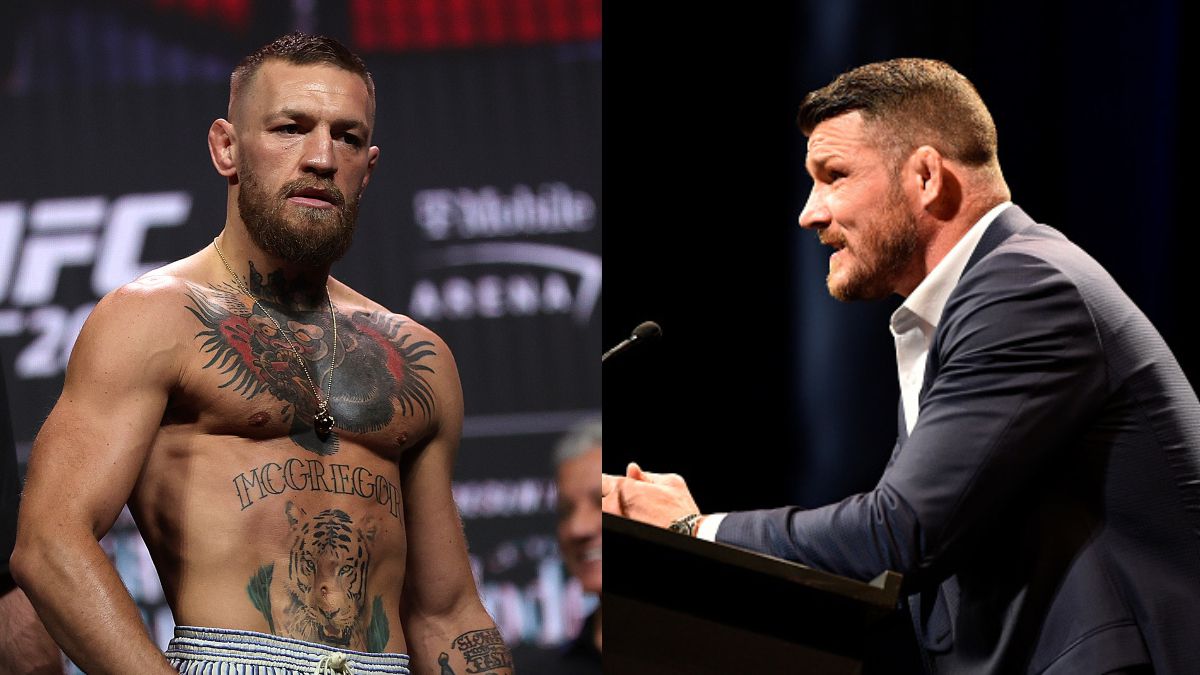