Bisping Encourages Ngannou To Focus On Gane Rather Than Distractions
published on January 7, 2022
curated and posted by BRWLRZ Team

It’s probably safe to say no other heavyweight fight in UFC history has had so many different narratives at play leading into it as the UFC 270 main event. On January 22, Ngannou and interim champion Gane will collide in a blockbuster unification title fight to open the promotion’s pay-per-view account for 2022.

On the face of it, the clash pitches two former teammates, one who left his long-time coach Fernand Lopez to pursue fresh pastures and achieve success elsewhere, and one who has grown into the new face of Paris’ MMA Factory gym. With their awkward backstage encounter at UFC 268 and the words aired in interviews since, that story is providing a nice build ahead of the fight.

Next, we’ve got the stylistic story. A heavyweight behemoth with the hardest punching power on the globe comes up against the new breed of heavyweight: a fast, technical, and evasive Frenchman who has become an expert in hitting and not being hit.

But below those intriguing layers lies the real story: the heavyweight champion’s ongoing feud and contractual dispute with the promotion. The cherry on top is Ngannou’s clear intention to eventually lace the boxing gloves, something he says must be possible in any new UFC deal.

In recent weeks, the feud between Ngannou and Lopez and the actual clash between “The Predator” and “Bon Gamin” has been somewhat lost amidst a unique situation between the UFC and one of its titleholders.

Ngannou’s manager recently spoke out about his client’s treatment and revealed two things the promotion must offer the Cameroonian in order for him to re-sign. Currently, a defeat for Ngannou could see him depart the UFC for another organization, which is a truly remarkable prospect considering his position as champion.

Alongside that, Ngannou has continued to shout his boxing ambitions to the world. He recently revealed his hopes to test his skills in the ring against top heavyweight boxers Tyson Fury and Deontay Wilder.

One man who knows a lot about holding UFC gold and pre-fight prep is former 185-pound king Michael Bisping. During a recent video uploaded to his YouTube channel, “The Count” warned Ngannou about becoming too invested in scenarios and situations away from his primary goal: a victory over Gane at UFC 270.

“It’s already a tough enough fight. But now, I think Francis is kind of muddying the waters a little bit because there’s all his contract talk. If you google Francis Ngannou’s name, there’s a lot of talk about contract disputes, and he wants more money and things… There’s also a lot of talk about him going to the boxing world.

“I just think that all this could be a distraction. Ciryl Gane is a very, very tough opponent for any man… I hope for Francis and everybody involved that (a crossover to boxing) does happen. But you’ve just gotta be careful because he’s got Ciryl Gane, and it’s kind of a distraction to be thinking about these things… Ciryl Gane is probably in the gym, in training camp, right now, just thinking about Francis Ngannou, formulating a game plan. Then when you google Francis Ngannou, it’s talk about contracts, it’s talk about money, and it’s talk about boxing. You’ve gotta be careful in this day and age.”

What Ngannou’s status in the UFC will be come fight night is anyone’s guess. While Dana White recently claimed he’d had a “positive talk” with the champ while out for dinner, we’ve yet to hear any similar updates out of the Cameroonian’s camp.

One thing we know is that if Ngannou wins, he’ll be sticking around for at least another defense, meaning the contract debacle could be far from being sorted.

Do you agree with Michael Bisping? Will Francis Ngannou’s contractual dispute and boxing ambitions distract him ahead of UFC 270? 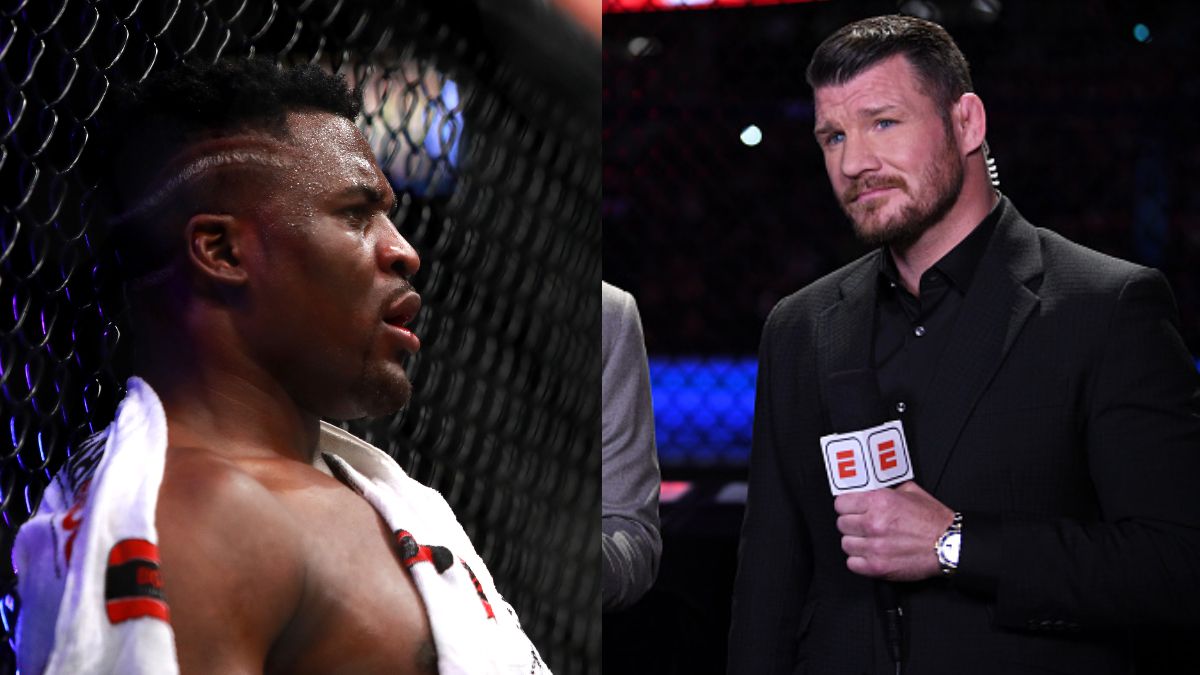