After Paul knocked out Nate Robinson on the Mike Tyson vs. Roy Jones Jr. undercard, he called out several MMA fighters like Askren and Conor McGregor. Now, “Funky” appears interested in the bout and has accepted Paul’s callout.

“Yes, Mr. Jake Paul, I do accept. I know you called me out after your last fight against that bum Nate Robinson, and listen, it’s a pretty simple choice. I’m going to make a whole bunch of money to beat up a guy who is pretending to be an athlete,” Askren said in a video released on his Twitter. “Because at the end of the day, that’s what you’re doing. And I know you may think I don’t have too many standup skills, but also at the end of the day, I don’t really need to.

“I’m a world-class athlete. I’ve won NCAA titles. I’ve been in the Olympics. I’ve won belts in multiple mixed martial arts organizations, and quite frankly, I am impressed that you’ve deluded yourself into thinking you are actually a fighter. That you are really tough, that you can really box,” he continued. “It’s quite impressive that beating up another YouTuber and beating up a boxer who looked like he had never been in the ring before makes you somehow good at boxing, because it doesn’t. So yes, Jake, I accept. I will see you March 28 in Los Angeles, and I will humble you like millions of people want to see happen.”

Ben Askren has also said his hip is doing much better so he would be able to box Jake Paul in March. 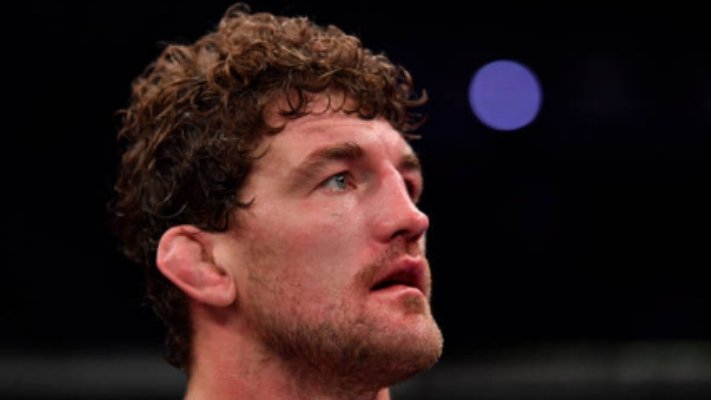