Bellator 273 is Bellator MMA’s first event of the year and it will feature a heavyweight title fight to determine their undisputed champion. Sitting champ Ryan Bader was in the light heavyweight World Grand Prix, so to keep the heavyweight division moving, an interim title fight between Timothy Johnson and Valentin Moldovsky went down last June with Moldavsky emerging as the victor.

Bader lost his semifinal bout in the Grand Prix, so at Bellator 273 will be his return to heavyweight to determine who the true champion is. At media day on fight week, Bader said, “The last fight (in Phoenix at Bellator 268 on Oct. 16, 2021) was not the result we wanted. The crowd showed up. Arizona showed up. We packed the house. Let’s get a little redemption here in front of the home crowd.”

Tonight’s lineup has many notable names from the Bellator roster looking to put on a show at The Footprint Center in Phoenix, Arizona this Saturday night. See fight complete bout listing below with when and where to watch: 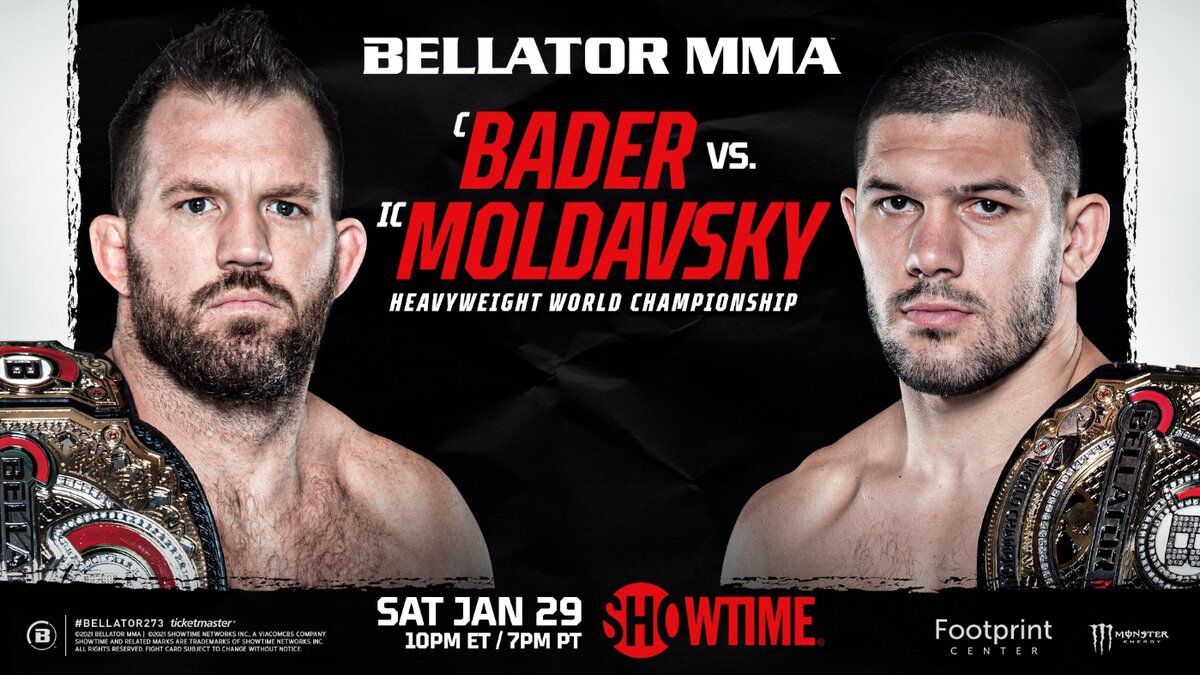