Bellator 272 took place tonight from the Mohegan Sun Arena with a title fight in one of their most challenging divisions.

Sergio Pettis took on the former Bellator MMA and RIZIN bantamweight champion, Kyoji Horiguchi. This was Pettis’ first title defense since winning it from Juan Archuleta at Bellator 258. Fans might remember that when Horiguchi held the two coveted 135-pound titles he had to relinquish them when he was injured in 2019.

Oddly enough, the injury happened just before the end of the year and before COVID-19 rocked the world. It gave Horiguchi enough time to rest and return to action at the end of 2020 at RIZIN 26 where he avenged his non-title fight loss to Kai Asakura.

Check out the highlights from the main event between Sergio Pettis and Kyoji Horiguchi below followed by the Bellator 272 fast results! 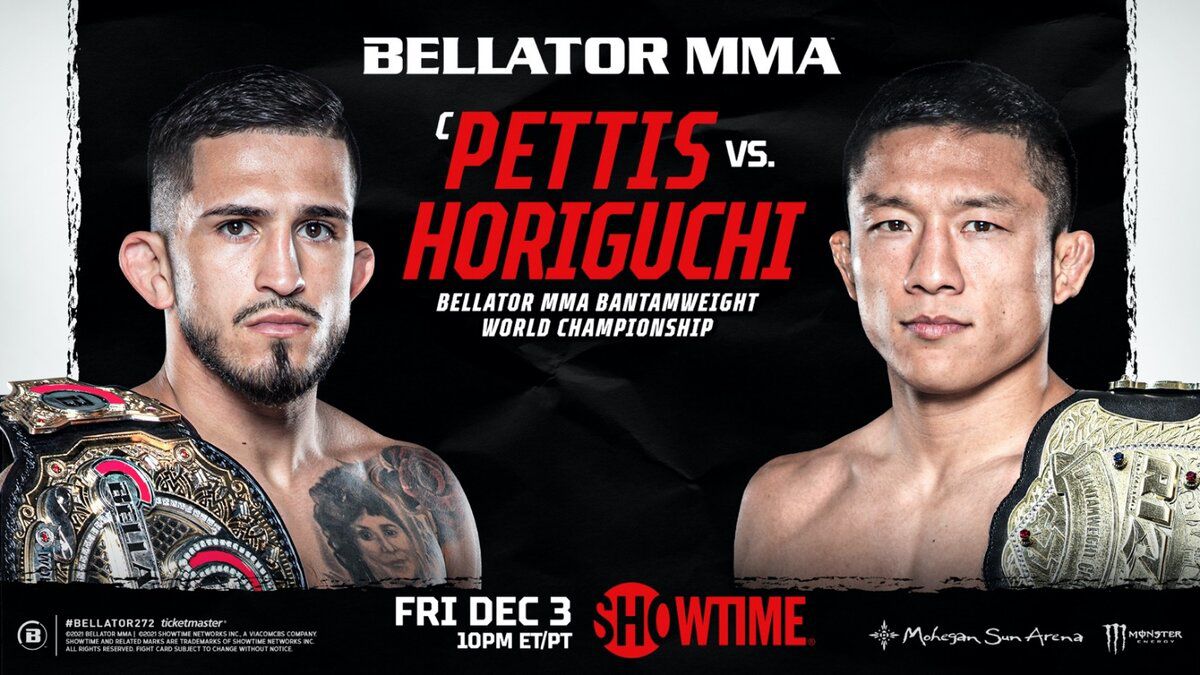