After a litany of fight cancelations, Aspen Ladd finally meets Macy Chiasson and is still eying a fight with Miesha Tate before UFC Vegas 38 goes down this weekend.

Ladd, 26, is the #3-ranked fighter in the UFC women’s bantamweight division. In her last Octagon appearance, she was tasked with fighting Yana Kunitskaya and showcased her refined power. The California native is known for her fast hands, and they were on full display in her last fight. After her coach Jim West got her motivated in between rounds, Ladd came out and sparked Kunitskaya. The bantamweight finished the contest and earned the victory with some vicious ground and pound.

Ahead of her October 2 fight with Macy Chiasson, Aspen Ladd spoke with MMA News‘ own James Lynch who inquired about what is next for Ladd in 2021. It seems the 26-year-old is fixated on a fight between herself and the former bantamweight champ Miesha Tate.

“Honestly, what I would love after this fight—and I don’t really want to look further than it—but I would love to fight Miesha. I mean, that’s one of the biggest names in female MMA if she came back. Who wouldn’t want to fight her?” Ladd said.

When asked if she was surprised Vieira got booked with “Cupcake” instead of herself, the bantamweight seemed confused about the entire matchmaking process. After all, Ladd is higher in the rankings at #3 in the weight class and has called the former champ out for a while now.

“A little bit just because she’s been saying a lot that she wants the title run. It would’ve made more sense for her to try to get me than Ketlen. But Ketlen’s a very tough opponent. That’s not an easy fight. And we’ll see if she comes out of that with a win.”

The return of Miesha Tate made waves in the women’s 135-pound weight class. If all goes well for Ladd, a fight with “Cupcake” might actually be in the cards. Without a doubt, the upcoming showdown targeted for Nov. 20 between Tate and Ketlen Vieira will help Aspen Ladd to determine her next move in the UFC.

Do you think Aspen Ladd will beat Macy Chiasson at UFC Vegas 38? 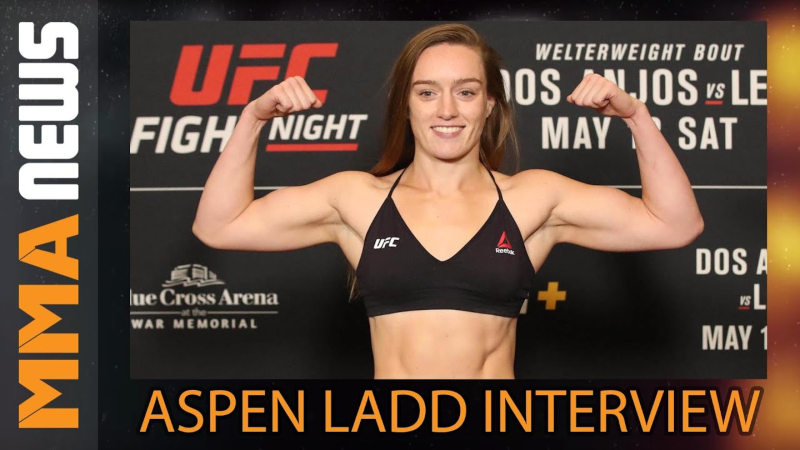