Askren On Masvidal Rivalry: “I Think I Win Way More Times Than I Lose”
published on November 25, 2021
curated and posted by BRWLRZ Team

Former Bellator and ONE Welterweight Champion Ben Askren has suggested his loss to Jorge Masvidal was a fluke, and claims he’d beat “Gamebred” more times than he’d lose.

In his first defeat in professional MMA, Askren was on the unfortunate end of a remarkable UFC record. After building a 19-0 record across a decade in the sport, which included a debut win against Robbie Lawler on MMA’s biggest stage, “Funky” was matched up with Masvidal.

After a number of heated back-and-forths ahead of their clash, the pair entered the Octagon together on the main card of UFC 239 in July 2019. After just five seconds, the fight was over and Askren was unconscious on the canvas. Having eaten a brutal flying knee, the Iowa native became the victim of the fastest knockout in UFC history.

Askren: Masvidal Loss Was Down To “One Fucking Move”

While Masvidal went on to defeat Nate Diaz in a Madison Square Garden main event, a victory which won him the symbolic ‘BMF’ belt, and challenge for Kamaru Usman‘s welterweight gold twice, Askren’s career was over shortly after his knockout loss.

In his one and only UFC main event three months later, “Funky” was put to sleep by fellow grappling extraordinaire Demian Maia. Askren retired from MMA before the end of 2019, and went on to earn a hefty payday from a boxing match with YouTuber Jake Paul.

But despite hanging up his gloves, Askren hasn’t refrained form taking some more shots at his former rival. During a recent appearance on the Lex Fridman Podcast, the 37-year-old claimed that without one lucky move, he’d have beaten Masvidal. In Askren’s mind, he’d defeat the former two-time title challenger “way more times” than he’d lose.

“He [Jorge Masvidal] got one fucking move on me… It’s not that he beat me and if we do that again I think I win at that point in my life, for sure. I think I win way more times than I lose.“ (h/t Sportskeeda)

Askren even believes Masvidal knows that to be the case. He added that in order to convince the Miami native to sign the bout agreement, he had to engage in a hefty dose of trash talk.

“He knew that too, that’s why he didn’t sign the bout agreement and that’s why I had to taunt him and when he got so mad because I had to continue to taunt him in order to get him to sign.”

Do you agree with Ben Askren? Would he beat Jorge Masvidal more times than he’d lose? 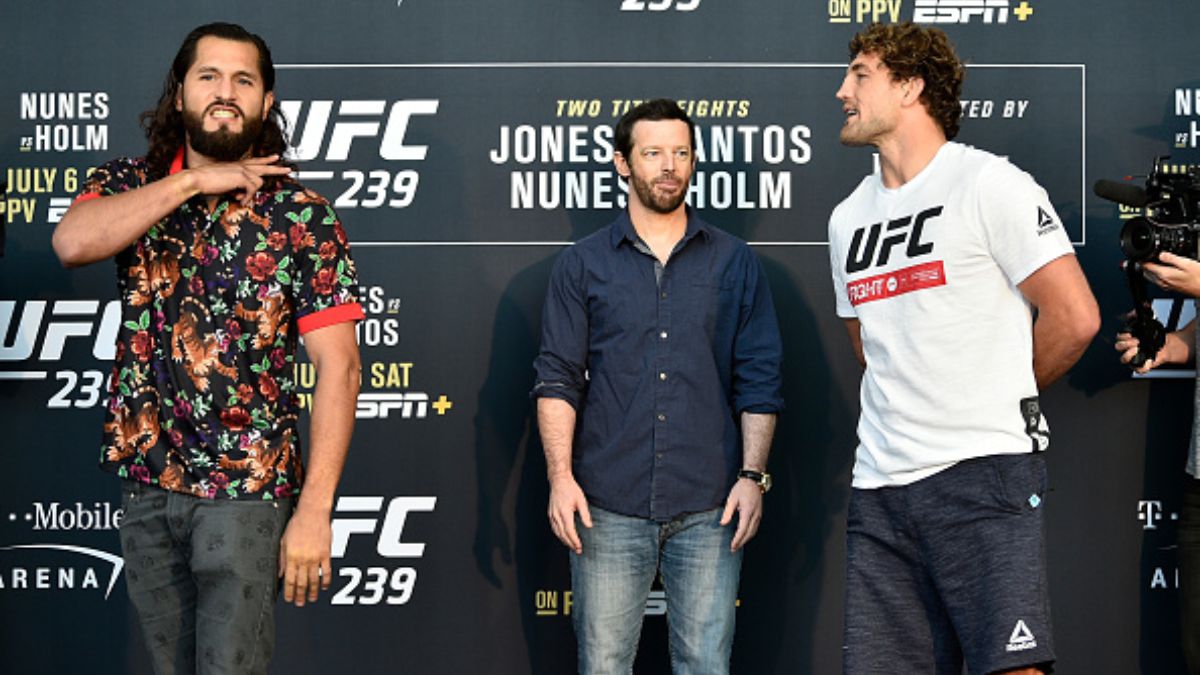