Askar Askarov and Kai Kara-France are set to meet in March in what may very well be a flyweight title eliminator.

As initially reported by MMA Junkie, the two flyweights have verbally agreed to compete at a UFC Fight Night on March 26. This event will be headlined by former light heavyweight champion Jan Blachowicz taking on Aleksandar Rakić. The venue for the event is not yet known.

When Kai Kara-France pulled off the upset victory at UFC 269 over former bantamweight champion Cody Garbrandt, the 28-year-old New Zealender had short-term aspirations of gold on his mind. Kara-France first-round TKO of “No Love” made for his second consecutive victory after having defeated Rogério Bontorin at UFC 259 in what was another Performance of the Night-winning KO.

If those two performances didn’t earn Kara-France the right to be considered “Flyweight of the Year,” then a victory over the undefeated Askarov followed by a title win would all but guarantee him that recognition in 2022.

As his flawless record indicates, defeating Askar Askarov has proven to be no easy feat, however. The Russian remains undefeated at 14-0-1, with the draw coming to the reigning champion himself, Brandon Moreno, in 2019.

Since then, the #2-ranked Askarov has gone on to defeat Tim Elliott, Alexandre Pantoja, and the legendary Joseph Benavidez. Askarov lobbied for this fight when the #6-ranked Kara-France wanted to “skip the line” so to speak, and his Christmas wish has been granted by the UFC powers that be.

The flyweight title picture will have more clarity after the trilogy title fight between Brandon Moreno(c) and Deiveson Figueiredo at UFC 270 next month.

With the addition of this potential flyweight title eliminator, here is the current lineup for the March 26 Fight Night card:

What is your prediction for this flyweight bout? Will Askar Askarov or Kai Kara-France bring themselves within point-blank range of a flyweight title shot? 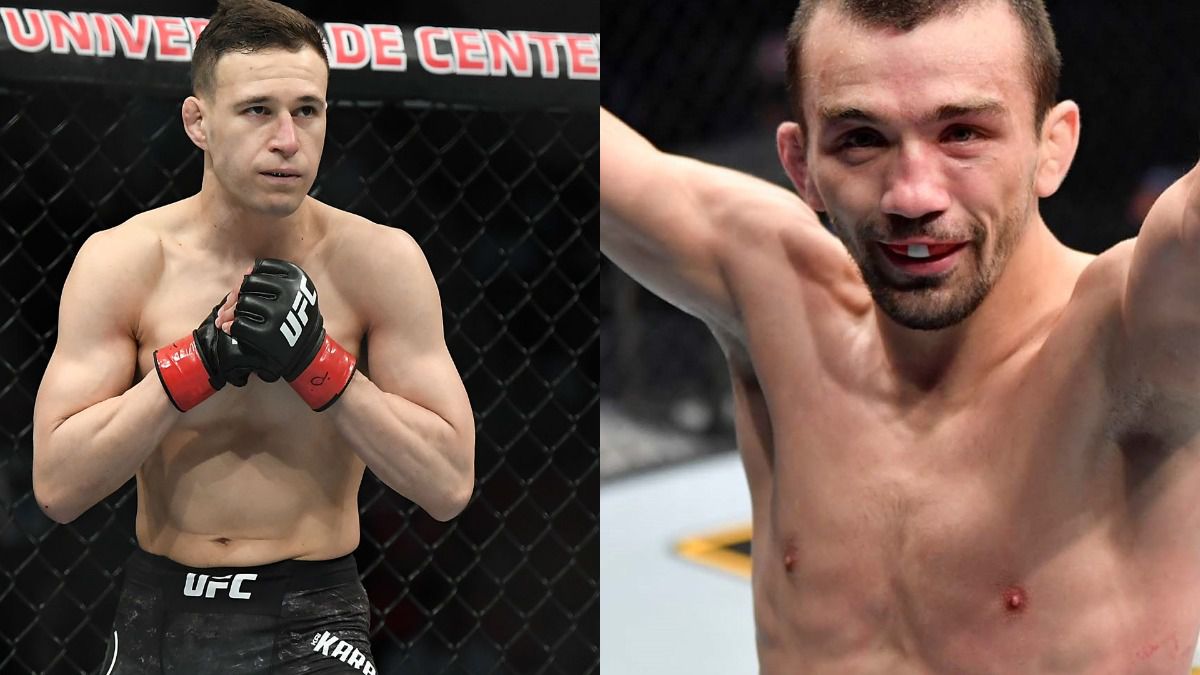