Arnold Allen Sets His Sights On Max Holloway Clash: “Throw Your Interim In The Bin.”
published on November 23, 2022
curated and posted by BRWLRZ Team 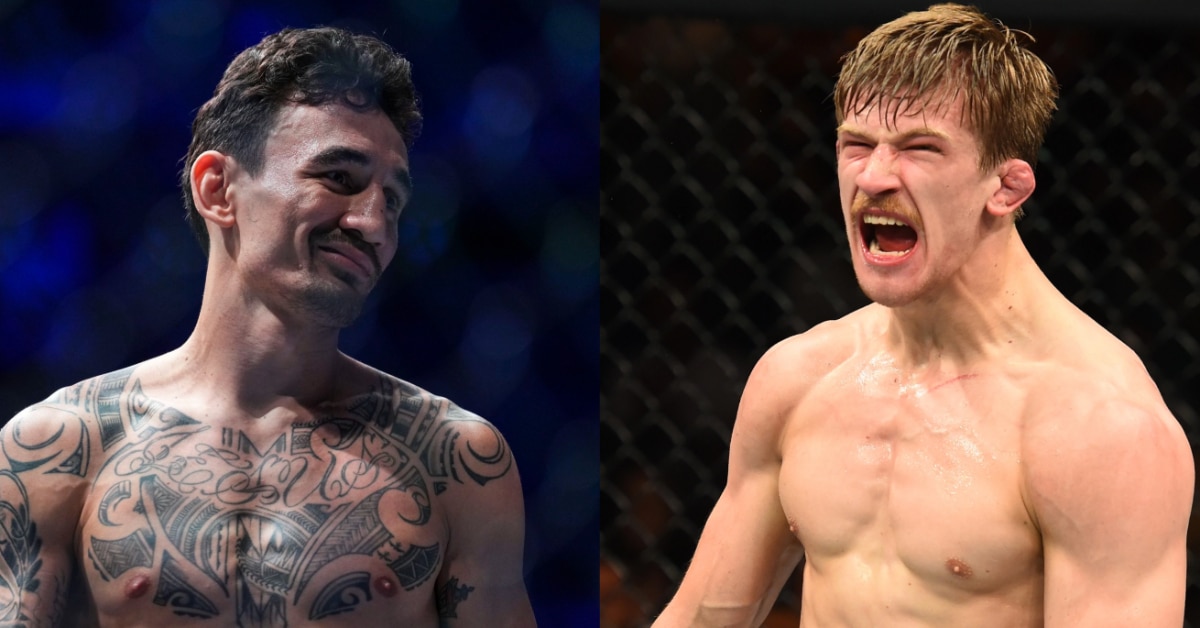 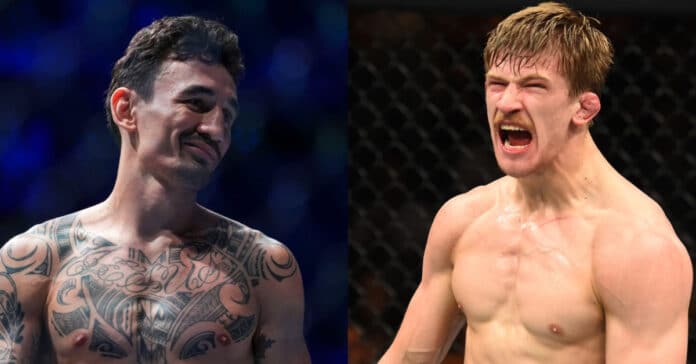 UFC featherweight contender Arnold Allen is targeting a high-profile matchup with Max Holloway after missing out on the interim title fight.

Allen is coming off the biggest win of his career, that unfortunately lost some of its shine due to the nature of the finish. The surging Brit took on Calvin Kattar in the main event of UFC Vegas 63. Whilst the first round was a relatively dominant display for Allen, Kattar would blow his knee out with seconds to go. Whilst the Boston native did manage to survive to round 2, one leg kick from Allen would be all that was needed to see the Englishman claim a TKO victory.

Regardless of the result, the fight still marked Allen’s 12th consecutive win, which one would presume to be enough to see him fight for the interim title. However, the UFC have since announced that Josh Emmett and Yair Rodriguez will face off for the interim belt. Allen has every reason to feel aggrieved at this news, considering Rodriguez is on a one-fight winning streak, with that lone victory coming over Brian Ortega via round 1 shoulder injury.

“I was a little bit surprised. I thought I was in just with the win streak on its own. I know the last fight wasn’t ideal, but I thought when you put the nine-fight winning streak without the last one, that was more than worthy than either of what those guys have done at the minute.“

“My whole career has kind of been like this. It’s a blessing in disguise and my goal is never to be interim champion. I want to be the champion, so it would have been nice to be a part of that. But yeah – always work for something better.” (H/T MMA Insight)

The 28-year-old is now targeting a fight against former champ and current No.1 contender Max Holloway. ‘Blessed’ is such a big name that a win over him may be as good as winning the interim strap.

“A lot of people are saying Max is the fight to make,” Allen said. “That would be a fun one. I don’t see why not. And also, I think a win over him would be a bigger statement, and then you throw your interim in the bin, right?”

Arnold Allen vs. Max Holloway does seem to be the most logical fight to make. With Volkanovski fighting for the lightweight title, Rodriguez and Emmett facing off for the interim belt and Brian Ortega out injured, there really aren’t any other matchups for either man to take right now.

With rumors surrounding a PPV card in the UK continuing to circulate, this fight could be an excellent addition to the main card.

Would you like to see Arnold Allen vs. Max Holloway next?