Did you know that UFC Vegas 42 headliner Yair Rodriguez was released from the UFC three years ago? No, he was not on a losing streak and did not ask to be released from his contract. Re-live the story below the day that it broke in its original, unaltered form, courtesy of the MMA News Archives.

Yair Rodriguez has broken his silence.

Fans were stunned when Ultimate Fighting Championship (UFC) president Dana White announced that Rodriguez had been released from the promotion. White claimed that Rodriguez turned down fights with Ricardo Lamas and Zabit Magomedsharipov, which was the final straw.

Rodriguez, who was never known for causing issues with his former promoter, recently spoke out on “The MMA Hour” (via BJPenn.com):

“They said Ricardo Lamas, then I said yes to Ricardo Lamas. I accepted to fight Ricardo Lamas, but then I later learned that he didn’t take the fight with me. He decided to fight [Mirsad] Bektic instead. Then, during that process, the Zabit fight was causing a lot of hype on social media… I was like, alright, this is going to be great. I started looking at the big potential for this fight. And it was kind of my fault that I…like a week after Lamas declined the fight, Sean Shelby called me again and he said, ‘hey, the Lamas fight is still back open. It’s back open for you to fight.’ And after I was asking for any top 10 [opponent] and they didn’t want to give it to me, and then Lamas took Bektic instead of me, I was kind of disappointed. Just kind of disappointed, I’ll say that.”

Ideally, Rodriguez wanted a top ten opponent, but he was willing to face Magomedsharipov. There was one catch, however. “El Pantera” would only face the Russian if he received a better contract, or if the fight were to take place at UFC Moscow.

“I was like, okay, I’ll fight Zabit if you give me more money in LA because I understand how big of an event it is, and they said no. I was like, okay, if you don’t want to give me more money to fight him in LA, why don’t you give [the fight] to me in Russia, and there’s no need to do any negotiation for that. I want him in Russia. Why? Because he was calling me out. I’m the guy who, I never say much, I just act. I don’t have to be talking about this on my social media.”

Rodriguez went 6-1 in the UFC. His record stands at 10-2 and at the age of 25, Rodriguez is still a hot prospect. Bellator and Combate Americas have already expressed interest in signing “El Pantera.”

In those 10 victories, Rodriguez has finished five of his foes. He is known for his exciting fighting style, which is mostly contested on the feet. Rodriguez nabbed two “Performance of the Night” and two “Fight of the Night” bonuses. Stick with MMANews.com for the latest news on where Rodriguez will end up.

Now that you’ve seen Yair Rodriguez’s side of the story, who was right in this situation? 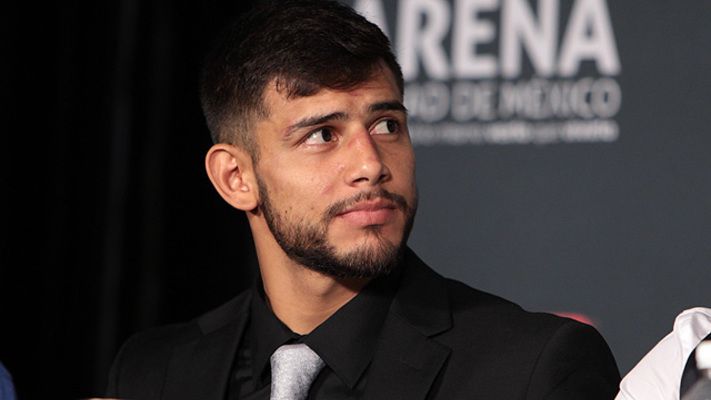