Archives: Woodley Says The UFC Underpromotes Him Due To Race (2017)
published on December 18, 2021
curated and posted by BRWLRZ Team

Tonight, Tyron Woodley will face Jake Paul in a rematch of their highly promoted bout from August. But before he was boxing YouTubers in specialty prize fights, he was the undisputed UFC champion. However, according to Woodley, you would have never known it by the way he was treated by the UFC.

Tyron “T-Wood” Woodley believes that being an African-American in the UFC has worked against him and other fighters when it comes to promotional appeal.

Woodley feels that the UFC can capitalize on stardom in an effort to convert more African-American fans from boxing and other sports to MMA.

UFC’s welterweight champion is of the opinion that the UFC is not doing enough to promote both him and the sport as a whole to the African Americans, and feels as though the time has come for the franchise to do so:

“I think I’m the only African-American fighter on the roster who can capture the market,” Woodley said. “Especially with Floyd Mayweather retiring and things like that. But you have to educate the community on what it is. Most people in the community, those people think that mixed martial artists are a whole bunch of crazy white guys kicking on each other and they sprinkle in a few brothers. That’s their thought. They don’t see it as karate, wrestling, jiu-jitsu, taekwondo, sambo. They don’t see it’s a beautiful art with so many martial arts combined in them.”

Woodley’s frustration also stretches to another fighter he feels has not been promoted to the best of the UFC’s abilities, the current flyweight champion and pound-for-pound #1, Demetrious “Mighty Mouse” Johnson.

The Missouri native brought questions [courtesy of ESPN] to the fore regarding black fighters (such as Johnson),  have not attained the level of superstardom which white fighters such as [Conor] McGregor and [Ronda] Rousey have:

“The best pound-for-pound fighter, Demetrious Johnson, African-American male, completely a Tasmanian devil,”  “Why isn’t he getting the endorsements? Why isn’t he making the most money? What’s the difference? Think about it.”

“I’m by far the worst-treated champion in the history of the UFC. Blatantly fact.”

Woodley appears to be genuinely incredulous as to why the UFC have, as he feels, not made more of an effort to market him:

“I’m a husband, I’m a father of four, I’m a gym owner,” Woodley said. “I’m an actor. I’m an analyst. I’m a stuntman. I’m a Christian. Every avenue you can take me, I’ve done it. I grew up in the projects. I grew up in gang banging. Family of 14 in a four-bedroom house and I made a choice to be successful. What is there not to market? I’m fighting like hell. I’m not doing performance-enhancing drugs in my life. Why would they not want to market me?” 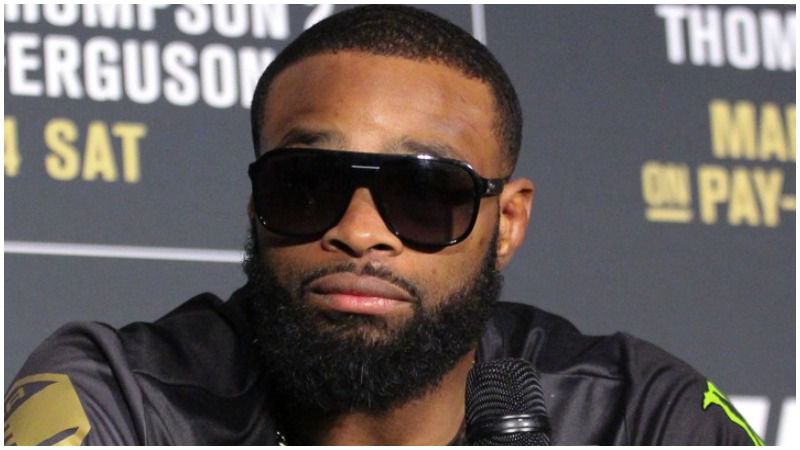