Tonight, José Aldo will be headlining UFC Vegas 44 opposite Rob Font, and hopefully he’ll be doing so at 100%. The following is an article about a time his wife accused the UFC of trying to get Aldo to fight arguably the biggest fight of his career while injured. The following article is presented to you in its original, unaltered form, courtesy of the MMA News Archives.

As we draw closer to this Saturday’s UFC 194 pay-per-view featuring the UFC Featherweight Championship unification bout between José Aldo and Conor McGregor, controversy over their originally scheduled fight at UFC 189 is starting to come to light thanks to the wife of the linear UFC 145-pound champion.

Aldo’s wife, Vivianne Pereira, recently spoke with Brazilian media outlet Combate and made the claim that UFC President Dana White called her husband and tried to get him to fight McGregor at UFC 189 as scheduled, despite the fact that he was suffering from a painful rib injury.

“Dana [called], talking about numbers. ‘It’s millions of dollars that you’re losing. You have to fight. You’ve never made this in your life’. [Jose] trying everything, doing everything. They didn’t want to announce it because who else would they put in the fight? They spent millions on the fight. How would they say he broke his rib? They didn’t want to admit they held it back, threw that on us, and we were saying it was broken.”

UFC has since responded to the claims made by Aldo’s wife. A UFC official issued the following statement to MMAFighting.com.

“Jose’s health and safety were always a priority and we worked closely with he and his team to ensure that he had access to the best medical care and consultation after sustaining the injury. We respect and understand that he could not proceed with the fight at UFC 189 due to the injury. Both fighters have now arrived in Las Vegas for this historic event, and we’re excited that UFC 194 is just days away.”

Fans know the rest of the story. Aldo pulled out of the fight on very short notice and top contender Chad Mendes, who was paid by UFC to be on standby in case either fighter had to pull out, stepped in and fought McGregor in an interim title fight. “The Notorious” one went on to knock out Mendes in the second round to set the stage for another Aldo-McGregor show to close out the year.

And we’re almost there!

UFC 194: Aldo vs. McGregor takes place this Saturday, December 12th from the MGM Grand Garden Arena in Las Vegas, Nevada and will air live on pay-per-view. Make sure to visit MMANews.com on Saturday evening for the absolute best UFC 194 live results on the web! 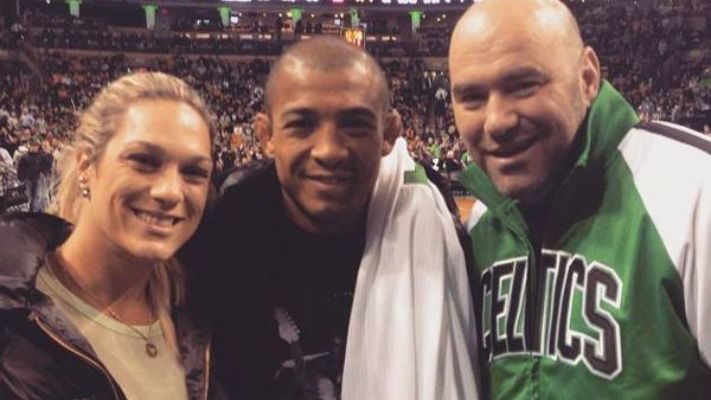