[ARCHIVES] White: Rousey Is “By Far” A Bigger Star Than McGregor
published on October 3, 2021
curated and posted by BRWLRZ Team

While Conor McGregor has been breaking records left and right with each Octagon appearance in recent months, UFC President Dana White still feels that Ronda Rousey is the biggest star the UFC has ever had.

White appeared on Hot 97 to promote the upcoming debut of the promotion in the state of New York, with their heavily stacked UFC 205: Alvarez vs. McGregor pay-per-view at Madison Square Garden in November, and claimed that Rousey is still “by far” the biggest star in company history.

“By far,” White said of Rousey being the biggest star in UFC history. “Not even close, by far the biggest star ever,” he continued, indicating his belief that “The Notorious” one hasn’t even approached Rousey’s level of fame and recognition worldwide.

To support his claim, White told show hosts the following about the reception Rousey received while in enemy territory in Brazil, fighting Bethe Correia on her home turf and still being the fan-favorite.

“Ronda Rousey is such a big star that when you go down to Brazil,” White began. “I don’t know if you guys have watched any of the fights we do from Brazil, they don’t care who you are, they want the Brazilian to whoop your ass.”

White continued, “When Ronda went down there, they cheered for Ronda over the Brazilian. Never seen that before in my life and will probably never see it again. That’s how big Ronda Rousey is.”

It has yet to be decided when the MMA world will witness the fighting return of the former UFC Women’s Bantamweight Champion, as White claimed that she would let him know when she wants to fight again.

He did, however, recently claim that Rousey told him she wanted to fight Cris Cyborg — and would finally be willing to do so at 140 pounds, after insisting on 135 pounds when she was the active champion of the UFC’s Women’s Bantamweight division.

H/T to MMAFighting.com for transcribing the above Dana White quotes from his Hot 97 radio appearance. 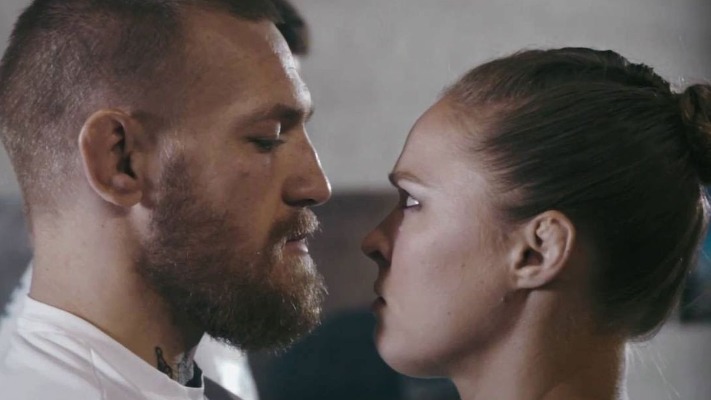