Archives: When Dana White Shut Down O’Malley vs. Garbrandt (2020)
published on December 12, 2021
curated and posted by BRWLRZ Team

Tonight at UFC 269, both Cody Garbrandt and Sean O’Malley will be in action. They won’t be facing one another, however. In fact, they won’t even be fighting in the same division.

Despite the Twitter beef between the two men, the odds of them fighting are farther apart than ever before, even though the two squared up in the pre-fight press conference earlier this week.

Also earlier this week, UFC President Dana White openly stated that O’Malley is not ready to fight “top” opponents, even though O’Malley himself says he would have loved to have fought a higher-ranked opponent, with Garbrandt being among that list.

O’Malley and Garbrandt have been throwing some verbal jabs ever since UFC 250. Both men scored spectacular one-punch knockouts that earned them performance bonuses. They then got into a fun back-and-forth over who had the better finish. Then, O’Malley expressed his belief that he can knock Garbrandt out. Obviously, “No Love” disagrees.

Dana White Puts a Halt To Garbrandt vs. O’Malley

O’Malley is still quite young in his pro MMA career. While many are calling for him to get a step up a competition, a bout with a former UFC bantamweight champion as dangerous as Garbrandt might be too soon. That’s the belief White shared during his appearance on The Schmozone Podcast (h/t BJPenn.com).

“The problem is, you take a Sean O’ Malley…first of all he has been off for a couple of years, young kid, just coming in, like where does he goes from here? You got to give this kid a few more fights before he gets to Cody Garbrandt,” White said. “If he fought and beat Cody Garbrandt, then he’d break into the top five, and very few people in their careers break into the top five.”

As for Garbrandt, he put a halt to his flyweight plans after knocking out Raphael Assuncao. “No Love” now aims to work his way back to the bantamweight title picture. Defeating Assuncao put Garbrandt back in the top five 135-pound rankings.

While Garbrandt vs. O’Malley probably won’t take place at this time, don’t rule it out in the future. If O’Malley ends up living up to the hype and Garbrandt continues to bounce back, we may very well be seeing “No Love” vs. “Sugar.” 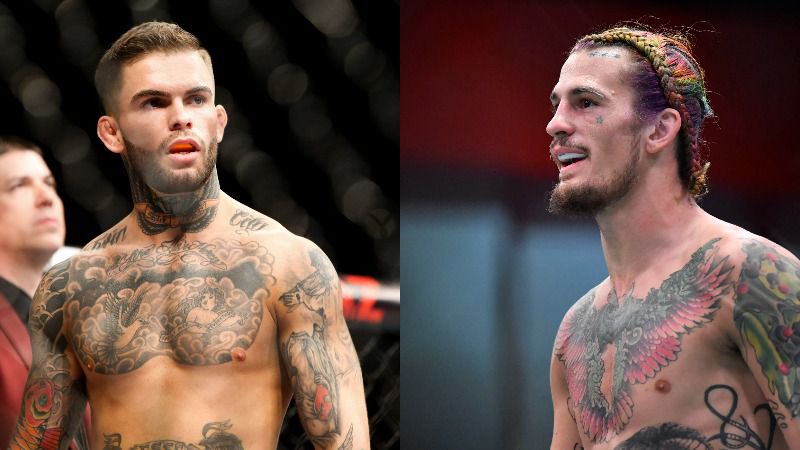