Hours ahead of the rematch between Kamaru Usman and Colby Covington tonight at UFC 268, here’s one of a long list of stories from our archives that documents this intense rivalry. The following story is presented to you in its original, unaltered form, courtesy of the MMA News Archives.

Kamaru Usman has made no secret of how he feels about Colby Covington and everything that he stands for.

In fact, it seems as though Covington’s name tends to be broached by the interviewer and addressed by Usman in nearly every interview “The Nigerian Nightmare” conducts. The same can’t be said for Covington, however, who seems to make it a point to never mention Kamaru Usman by name.

This factoid was not lost on Kamaru Usman, who after referring to Covington as “that other guy” in an appearance on “Ariel Helwani’s MMA Show” on Monday, stated that he has no problem mentioning Colby Covington by name but believes the same can’t be said for “that other guy”:

“The thing is, I spent a long time wanting that fight because when you have a guy that runs his mouth and says, oh, well, you ducked me, or this and that, or whatever…bro, I didn’t duck you,” Usman said. “They’ve offered us that fight four times…four different occasions…and I’ve accepted all four times, and he’s ducked me all four times.

Kamaru Usman then expressed the only moniker matters to him right now, which is also the name and identity he hopes to steal: “UFC Welterweight Champion.”

“So that’s a fight that I’ve been offered several times,” Usman said of Covington. “I’ve accepted the fight several times. I just no longer want to give it energy anymore. So I’m not going to waste my energy or thoughts about that. All we’re looking towards now is that title. Whoever has that title will be dealt with accordingly.”

Do you agree with Kamaru Usman? Is Colby Covington incapable of uttering his name? 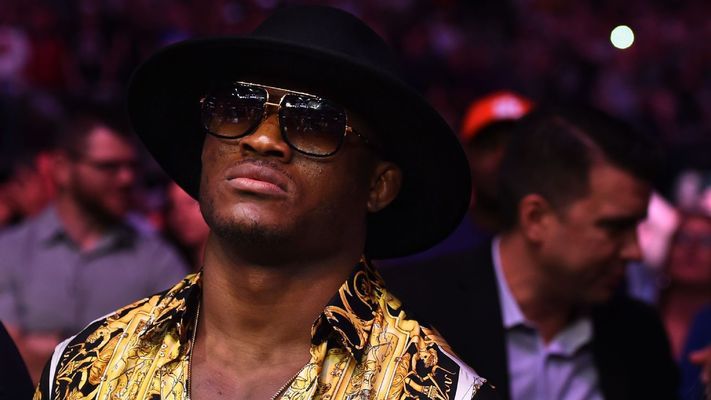