The following article was published on this day five years ago. It is presented to you in its original, unaltered form, courtesy of The MMA News Archives.

Conor McGregor was among the topics in which Tyron Woodley vented his frustrations on Monday’s MMA Hour.

Woodley has been vocal in recent times regarding what he deems to be a racial agenda in the UFC and sport as a whole. UFC’s welterweight champion has openly discussed what he feels is disrespect aimed at him by fans and the franchise.

‘T-Wood’ has recently declared himself “the worst treated champion in the history of the promotion” and further reinforced his opinion that skin color is a major factor in why he has not enjoyed the same spoils of fame and recognition that lighter-skinned fighters have had in the UFC:

“Certain things are subliminally embraced that are racist. When you say to me ‘Tyron, you are well spoken’, what does that mean? Does that mean I’m well-spoken comparable to all the mixed martial artists, the 500 UFC fighters on the roster? Or does that mean as a black male in America?”

The champion, who is preparing for a rematch with Stephen “Wonderboy” Thompson at UFC 209 in March, also disapproves of those who use terms he feels are disrespectful to his skill-set:

“When you say I’m a freak athlete, does that mean I don’t work hard, that I’m going to fade in the later rounds? That I don’t have great cardio, that I don’t have a great skill set? It comes off to me…it almost sounds barbaric, like ‘hey, you’re strong, you knock people out, but if it gets to the later rounds you might get tired, you might fade and all those muscles come at a cost’.”

Woodley has made no secret in targeting Conor McGregor in the past, and touches upon his own podcast ‘The Champ Life’ which may be similar in format to that of ‘The Notorious’, but is in contrast when it comes to the message and material:

“I do my own podcast series. I go out and make my own opportunities but, if the person that’s promoting me and networks are talking about picking up my ‘Champ Life’ series and major companies want to endorse it and get behind it because they see value in it, I’m going to need for my promoter to not be the last one to take notice.” 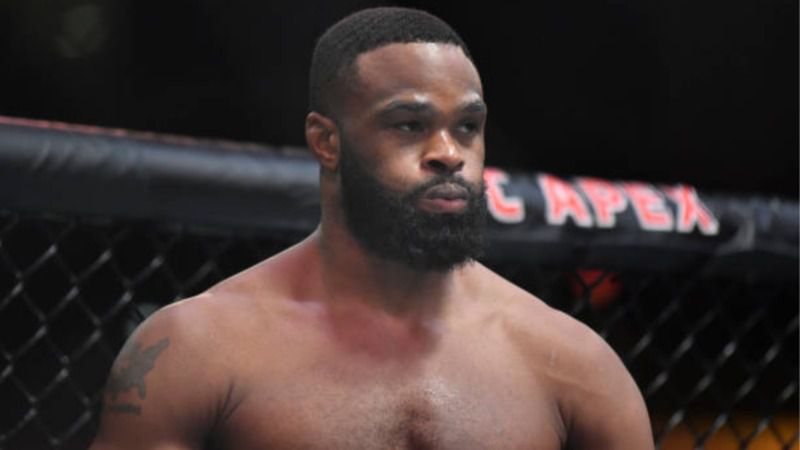