It is no secret Chael Sonnen has historically been one of Jon Jones‘ biggest critics. The two have been in conflict, mostly on social media, for years now. In 2019, shortly after Jones had competed at UFC 232 despite atypical test findings, Sonnen would actually come to Jones’ defense—sort of.

The following article was published on this day three years ago. It is presented to you in its original, unaltered form, courtesy of The MMA News Archives.

There has been a ton of controversy surrounding UFC light heavyweight champion Jon Jones. “Bones” has been engulfed in criticism for his drug testing issues over the past several years.

Recently, Jones forced an entire pay-per-view (PPV) event to be moved to a different state. Jones was suspended in 2017 after testing positive for a banned substance. After his suspension was served, he returned last month against Alexander Gustafsson at UFC 232.

Initially, the fight was slated to go down from Las Vegas, Nevada. However, Jones again tested positive for traces of the same substance he was suspended for in 2017. It was determined that Jones did not re-ingest anything illegal, but this was instead a pulsing effect. This was not enough for the Nevada State Athletic Commission (NSAC) to grant him a license to fight at UFC 232. Thus, the promotion moved the event to California.

Jones defeated Gustafsson via third-round TKO to capture the vacant 205-pound title. Recently, the NSAC granted Jones a conditional one-fight license to defend his title in Vegas on March 2nd. He’ll face Anthony Smith in the main event of UFC 235 from the T-Mobile Arena. One man who knows a thing or two about Performance Enhancing Drugs (PEDs) is Chael Sonnen.

Sonnen has admitted to using PEDs in the past and has served a suspension for doing so. Speaking on a recent episode of his podcast, Sonnen believes Jones is being “falsely disparaged” for having retaken a banned substance (Bloody Elbow):

“I am seeing Jon falsely disparaged for having retaken banned substances. That’s not true. The conclusion and the analysis is accurate that this is residue that is left over,” Sonnen said.

“My conclusion and analysis that he was under-punished …. I’m just a guy looking at the rules that understands that on your second violation, you have a minimum of two years.

“Had they gone through that, we wouldn’t be in this spot (because there would no longer be turinabol residue in his system).

What do you think about Sonnes’s comments on the Jones situation? 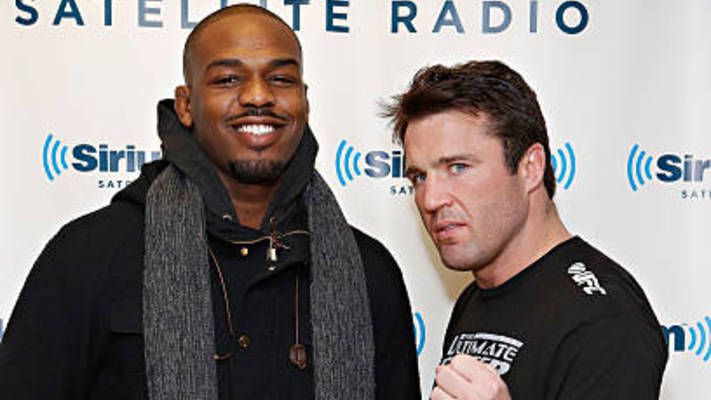