[ARCHIVES] Sonnen Not Buying Narrative On Khabib vs McGregor
published on October 3, 2021
curated and posted by BRWLRZ Team

Chael Sonnen isn’t sold on a narrative that has been told many times ahead of UFC 229.

Khabib Nurmagomedov will defend his Ultimate Fighting Championship (UFC) lightweight title against Conor McGregor this Saturday night (Oct. 6). The title bout will headline UFC 229 inside the T-Mobile Arena in Las Vegas, Nevada. We’ve often heard that if the fight remains standing then McGregor will win the fight and if the opposite happens then Nurmagomedov has it in the bag.

In a recent video posted on his YouTube channel, Sonnen said he isn’t buying that narrative:

“I don’t know that either of those narratives is completely true. Just because the fight is on the feet does not mean that Conor is winning. Understand that when you’re watching the fight. Understand he must take one of these (fists) in a forward direction and put it on Khabib’s body. If the fight goes to the ground, that does not necessarily mean that Khabib is winning. I think both of these guys would like to keep it in their realms, but us as fans can’t just jump to the conclusion that should they succeed with their goal they’re automatically winning.”

It has been a busy fight week and it certainly won’t slow down tomorrow (Oct. 4). The UFC will hold a public press conference featuring Nurmagomedov and McGregor inside Park Theater in Las Vegas, Nevada. The presser will air live at 6 p.m. ET. MMA News will provide a live stream of the press conference. Be sure to stick with us for the official and ceremonial weigh-ins on Friday as well as live results for UFC 229 on Saturday.

Do you think Chael Sonnen has a point on the narrative going into UFC 229? 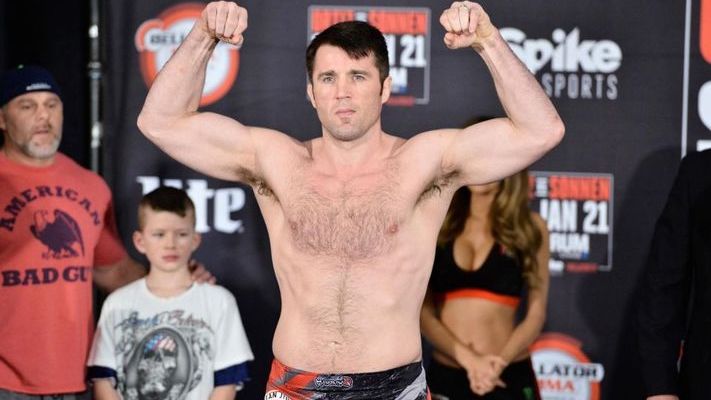