The following article was published on this day five years ago. It is presented in its original, unaltered form, courtesy of The MMA News Archives.

Joe Rogan and friends theorize on a new dawn in MMA, and discuss Conor McGregor’s announcement on the newly established ‘McGregor Promotions’.

McGregor had numerous topics to discuss with Ariel Helwani on Saturday in Manchester, England, including a potential bout with Floyd Mayweather, Ronda Rousey and the soon-to-come birth of his first child.

The current UFC lightweight champion also announced the birth of ‘McGregor Promotions,’ insisting that he will look to co-promote any Mayweather match with the UFC and the boxer’s company, but with considerable conditions:

“Everyone’s got to know their place,” McGregor said. “There’s Mayweather Promotions, there’s the UFC and now there’s the newly formed McGregor Promotions. And we’re all in the mix.”

Joe Rogan spoke with ex-UFC heavyweight Brendan Schaub and others on Saturday’s installment of their ‘Fight Companion’ podcast, and hypothesized on the rapid evolution of MMA:

You can watch the full clip below: 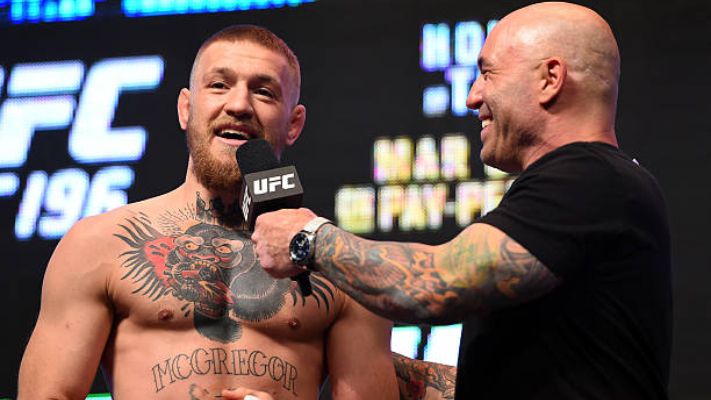