On this day five years ago, we ran a story about former WWE personality Jonathan Coachman stating that the WWE would never want Ronda Rousey after Rousey’s crushing loss to Amanda Nunes at UFC 207. One year later, this happened…

The following article is presented to you in its original, unaltered form courtesy of the MMA News Archives.

In a new interview with SIRIUS-XM “Busted Open Radio Show,” Coachman spoke about Rousey’s devastating 48-second knockout loss to Amanda Nunes in the main event of UFC 207, her second KO loss in a row inside the Octagon. The current ESPN analyst who came up in the sports / sports media industry, spent years working on-camera in WWE before making the transition to ESPN, claims his former place of employment won’t have much interest in the pioneer of Women’s MMA any longer.

“When she lost, not only was she devastated but she admitted that some thoughts that went through her head were not good ones,” said Coachman, before adding, “Hopefully, she understands that she [has] gone much [further] than almost any female in really sports in the last 15 years.”

“The Coach” continued, “As far as WWE is concerned, they don’t bring in .. and I refer to her as a broken star .. because that’s what she is, she’s broken from a professional sense .. they don’t rebuild broken celebrities outside of the WWE.”

“They go after, if you’re bringing in somebody from the outside, they go after people with a certain type of makeup and Ronda Rousey showed all of us that, how she responded to a loss, showed a lot about what she’s made of,” Coachman explained. “I’m not saying that’s good, I’m not saying that’s bad, I’m just saying as far as the kind of person you want to go after and build a program around. To bring her in the WWE and build up this perception of what her reality is not, you can’t do that.”

Coachman concluded, “And you can’t disappear, guys, for 13 months from the fight game and then come back and expect all of us to think you’re going to be as nasty as you were before.” 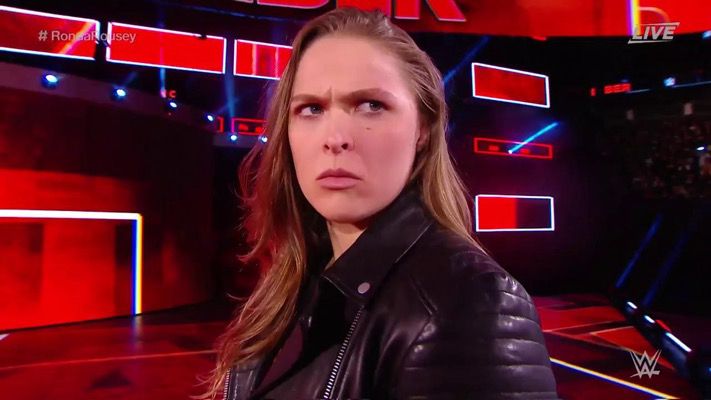