A fighter posing as Batuhan Akduman was choked out in a GFC bout and his opponent refused to let go of the hold.

Fights fans in attendance at GFC 18 in Sumara, Russia thought they were witnessing Rafael Abrahamyan vs. Akduman. It turns out that wasn’t actually the case as a fighter actually used a forged passport to pose as Akduman. The Gazete Duva R. brought word of the news.

Abrahamyan’s actions during the fight is sure to draw the ire of MMA fans. He locked up a rear-naked choke on the man posing as Akduman. When the referee called a halt to the bout, Abrahamyan refused to let go and had to be forced off. Twitter user Caposa posted the finish.

Here’s your bizarre MMA story for the day. The fighter being choked here is NOT Batuhan Akduman. It seems a young fighter using a forged passport POSED as Akduman in the fight, included graphics & GFC announcing him as such. Now the real Akduman is pissed. https://t.co/EFv0ohweik https://t.co/6oI1PG8kDO

Akduman said he got some profanity-laced messages poking fun at the “loss” which caused him confusion. He is reportedly not happy with Abrahamyan and GFC for using his name.

“I mean, they used my name, my career, to fight a 20-year-old Turkmenistan athlete with Rafael,” Akduman told Gazete Duva R. (via Google Translate). “Then I reached Rafael and told him that what he did was very rude, that he used my name, and that if he didn’t appear in two months, I would humiliate him. He fights at 65 kilos, my weight is 71. Moreover, I have never fought under 70 kilos in my life. My three world championships, one world second and three world third place in my country was not a single sentence news, but all the press made the gauntlet I did not eat. This has shattered me. Rafael also before my proposal ‘Weight difference, I can not fight’ replied. So I told him that I was going to lose 67 pounds and fight me.” 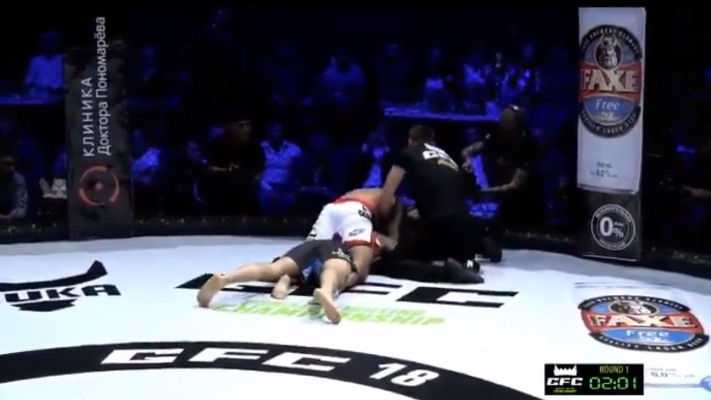