On this day two years ago, Nate Diaz said goodbye to the fight game, or so we thought. The following article is presented to you in its original, unaltered form, courtesy of the MMA News Archives.

The Stockton, California native took to Instagram to give a short message that he was no longer interested in a rematch with Masvidal. Instead, he is done completely with fighting.

“F**k a rematch this shit was over before it started. I’m goin on out on tour. Peace out fight game,” Diaz wrote.

Nate Diaz was very upset with the UFC 244 stoppage. There, he was taking on Jorge Masvidal for the BMF title and the bout was stopped due to a doctor stoppage because of two cuts above and below Diaz’s eye.

Following the fight, he spoke to the media and even said this outcome may lead to another three years away from the Octagon.

If this is truly the end for Nate Diaz, he retires as one of the biggest stars the sport has seen. He is 20-12 as a pro including wins over Conor McGregor, Anthony Pettis, Donald Cerrone, and Jim Miller.

Currently, the UFC has yet to comment on Diaz saying he is done with the fight game. His retirement would not become official until he tells the UFC and withdraws from USADA testing, which as of right now, has not yet been done. But, he says in the post he is done. 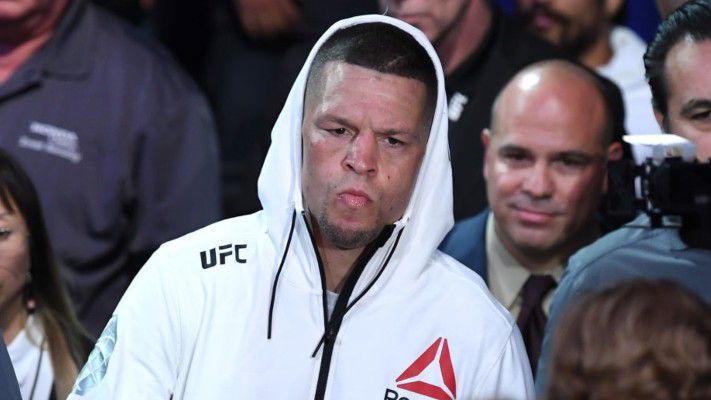